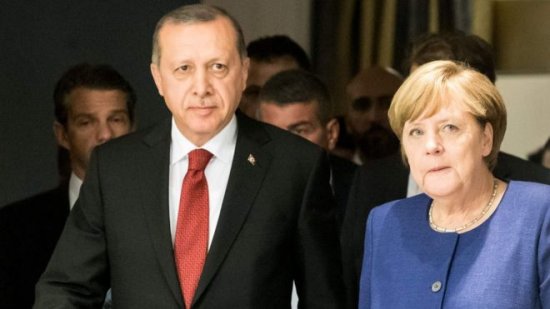 The German government has warned its citizens and firms they face the risk of “arbitrary” arrest in Turkey.

“People who are travelling to Turkey for private or business reasons are urged to exercise increased caution,” the German foreign ministry said.

Germany protested to Turkey’s Berlin ambassador on Wednesday over the arrest of six human rights activists.

Turkish President Recep Tayyip Erdogan launched a huge purge of state institutions after rogue military officers tried to topple him a year ago.

More than 50,000 people have been arrested since the failed coup, including more than 170 journalists and many opposition politicians, academics and activists.

Mr Erdogan accused US-based Muslim cleric Fethullah Gulen of masterminding the abortive coup. The purge of the armed forces, judiciary, police and education sector has seen more than 140,000 people dismissed from their jobs.

Turkey’s detention of Deniz Yücel, a German-Turkish journalist with the Berlin daily Die Welt, is another sore point in the two Nato allies’ relations. He was arrested in February on terror charges, which he has denied.

There is intense rivalry between Mr Gabriel’s Social Democrats (SPD) and the CDU as Germany gears up for a September general election.

The escalation could threaten Turkish holiday bookings – tourists from Germany were the most numerous last year, at nearly four million.

Mr Gabriel condemned restrictions on consular access for the Germans detained in Turkey. “Germans are not secure from arbitrary arrests,” he warned.

“We want Turkey to become part of the West, but it takes two to tango,” he said.

“We cannot go on as before. We have to spell it out clearer than before, so that Ankara politicians understand that such a policy has consequences.”

He said Germany would ask its EU partners to review the bloc’s negotiations with Turkey on customs union arrangements and on Turkey’s EU accession bid.

Mr Erdogan’s Islamist-rooted AK Party has a parliamentary majority, and in April he narrowly won a referendum paving the way for a much more powerful presidency.