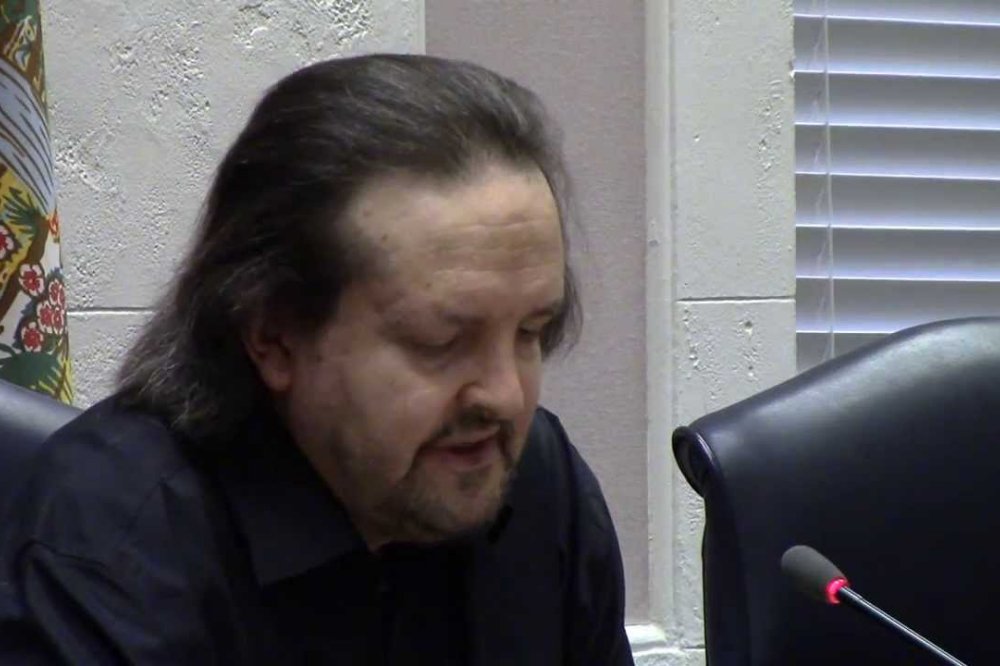 A candidate for mayor in St. Petersburg, Fla. erupted at black reparations activists, telling them to “go back to Africa” during a mayoral debate.

Paul Congemi, who is running as an independent, directed his rant towards Jesse Nevel, a mayoral candidate who is chairman for the Uhuru Solidarity Movement, a group of white allies of the African People’s Socialist Party that organizes “in the white community for reparations” to the black community.

Congemi, 60, later elaborated on his comments in an email to the Tampa Bay Times.

On his candidate Facebook page, Nevel, 27, said Congemi’s remarks were representative of a larger problem surrounding “the struggle for justice for the black community” in the country, which he said was “the defining question to which all candidates must respond.”

“I entered this race nearly four months ago on the platform of ‘unity through reparations,’ and we have built a powerful, broad-based movement in St. Petersburg that represents thousands of people who want to unify our racially divided city and who understand that unity without justice is impossible, and that justice begins with reparations to the black community,” he said.

“Congemi’s comments come on the heels of a slander campaign by operatives of the Democratic Party and the St. Pete police union, both endorsers of the incumbent Rick Kriseman, who have labeled my supporters and the Uhuru Movement as ‘domestic terrorists,'” he said.

As an example, Nevel said Congemi’s comments overshadowed more substantial discussions in the mayoral debate, including a question over whether St. Petersberg should continue to have police officers patrol public schools.

“In St. Petersburg, there have been many publicized acts of horrible police violence against black children in the public education system,” he said. “All of the other candidates, including Kriseman, Baker, and Congemi, responded, “Yes” to continuing the policing of black children in St. Pete schools. I responded: ‘Hell no.'”

Congemi is running for mayor for the third time, having run in 2009 and 2013, winning a total of 344 votes in two elections. He describes himself as a homeless advocate, retired builder and singer-songwriter who is against “liberals.”

In 2009, he was banned from a KFC restaurant for cursing out employees and, when police arrived, threatened to fire them once he became mayor.

Earlier this year, he was arrested for elder abuse in an incident regarding his mother, who was found neglected with bed sores. Those charges were eventually dropped.

Despite his controversial comments and past history, Congemi has also advocated for increased homeless benefits and the building of a charity hospital for people who can’t afford health insurance.