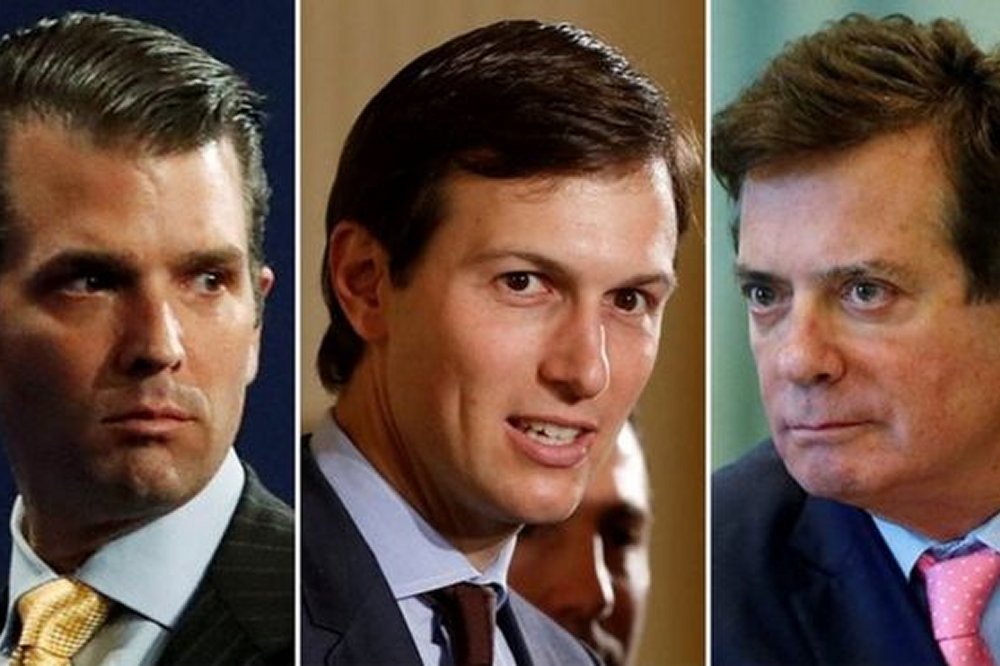 US President Donald Trump’s eldest son, son-in-law and ex-campaign manager are to testify before the Senate on alleged Russian meddling in the 2016 election.

Donald Trump Jr, Jared Kushner and Paul Manafort will be questioned about their links to Russian officials.

One key subject will be their meeting with a Russian lawyer last year.

Meanwhile, the president said he would not have named Jeff Sessions as attorney general if had he known he would recuse himself from the inquiry.

The president has also spoken about an until recently undisclosed conversation with Russian President Vladimir Putin at a G20 dinner, saying it was mostly “pleasantries”.

The Senate, the House and a Justice Department special counsel are all investigating whether Russia interfered in the election to try to tip it in Donald Trump’s favour. They are also investigating whether there was any collusion with the Trump team, which both Russia and Mr Trump have denied.

Mr Trump Jr and Mr Manafort have been called to testify before the Senate Judiciary Committee next Wednesday.

Two days earlier, Mr Kushner is to answer questions in a closed-door session of the Senate Intelligence Committee.

The hearings will be the most high-profile since sacked FBI head James Comey gave testimony in June.

Mr Trump Jr, who confirmed the meeting in a series of emails, said that no information on Hillary Clinton was provided.

The meeting is the firmest evidence yet of non-diplomatic interactions between Trump campaign aides and Russian figures.

On Wednesday, Ms Veselnitskaya told Russia’s RT television channel she would also be willing to testify before the Senate on the matter.