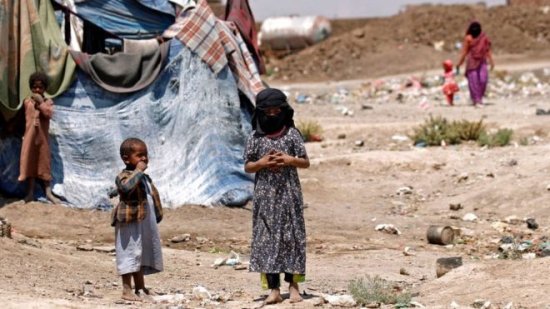 At least 20 displaced civilians, including women and children, have been killed in a Saudi-led coalition air strike in south Yemen, officials say.

The UN Refugee Agency (UNHCR) said a village in the Mawza district of Taiz province was hit on Tuesday afternoon.

Most of those killed are believed to have been from the same family.

There was no immediate comment from the coalition, which is backing President Abdrabbuh Mansour Hadi’s government in a war with the rebel Houthi movement.

More than 8,160 people have been killed and 46,300 injured in air strikes and fighting on the ground in Yemen since March 2015, according to the UN.

The conflict has also left 20.7 million people in need of some kind of humanitarian assistance, created the largest food security emergency in the world, and led to a cholera outbreak that is believed to have affected 330,000 people since April.

The UNHCR said it was “deeply shocked and saddened” by the reports of civilian deaths and injuries following Tuesday’s air strike on the village of al-Atera.

The people killed in the incident are reported to have been displaced from nearby Mokha district, where coalition-backed ground forces are involved in a major offensive aimed at driving rebel fighters from Yemen’s Red Sea coastline.

Yemen’s internationally-recognised government confirmed the death toll, Reuters news agency reported. It also quoted the Minister for Human Rights, Mohammed Askar, as calling for an investigation into the “unfortunate incident”.

Taiz province is home to about 15% of Yemen’s 2 million internally displaced people (IDPs), more than 500,000 of whom originate from the province.

“This latest incident once again demonstrates the extreme dangers facing civilians in Yemen, particularly those attempting to flee violence, as they disproportionately bear the brunt of conflict,” the UNHCR said.

The Saudi-led coalition says it does not target civilians, but human rights groups have accused it of bombing schools, hospitals, markets and residential areas.