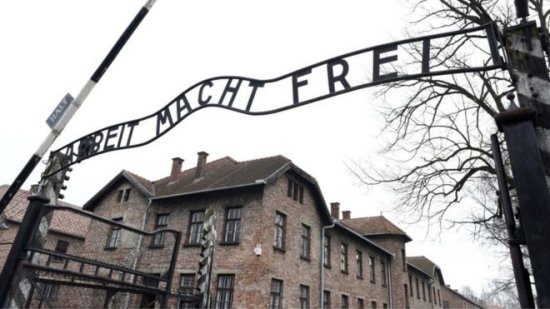 An Israeli student whose grandparents survived the Holocaust has admitted stealing items from the Auschwitz death camp for her art project.

Rotem Bides visited the former Nazi German camp in Poland several times and removed items, including a sign forbidding people from taking anything.

She told an Israeli newspaper she had acted out of concern that the Holocaust would over time “turn into a myth”.

The Auschwitz-Birkenau museum said the student’s actions were “outrageous”.

More than a million people, mostly Jews, were killed at Auschwitz during World War Two.

The objects from Auschwitz, which also include shards of glass, small bowls, a metal screw and soil, formed part of the 27-year-old’s final project in Jerusalem, Yedioth Ahronoth newspaper reported.

Ms Bides told the newspaper she felt it was “something I had to do”.

“Millions of people were murdered based on the moral laws of a certain country, under a certain regime,” she told the newspaper.

“And if these are the laws, I can go there and act according to my own laws.

“I’m not saying I’m allowed to do it because my grandfather was in Auschwitz. I’m simply asking the questions. I’m concerned that after all the survivors are gone, the Holocaust will turn into a myth, something that cannot be perceived.”

Ms Vides’ supervisor at Beit Berl College, the Israeli artist Michal Na’aman, told the newspaper she “did not see anything wrong with it”.

“The way I see it, she succeeds in creating a unique encounter between art and an event that has passed and has been wrapped in a lot of words, symbols and representations,” Ms Na’aman said.

“It’s hard to imagine theft being justified in any way, even through art, which can be seen as an attempt to gain publicity,” the Auschwitz-Birkenau museum said in a statement.

Items have been stolen from Auschwitz in the past. In 2011, an Israeli local government official picked up several items that were lying on the ground next to a display cabinet – but they were discovered by officials at Krakow airport.

Moti Posloshani, the son of Holocaust survivors, later told Yedioth Ahronoth that he had wanted to “safeguard” the objects and perhaps hand them to Yad Vashem, the Holocaust memorial museum in Jerusalem.

And in 2009 the infamous “Arbeit macht frei” (“Work makes you free” in German) sign over the entrance to Auschwitz was stolen by thieves – but recovered shortly afterwards.