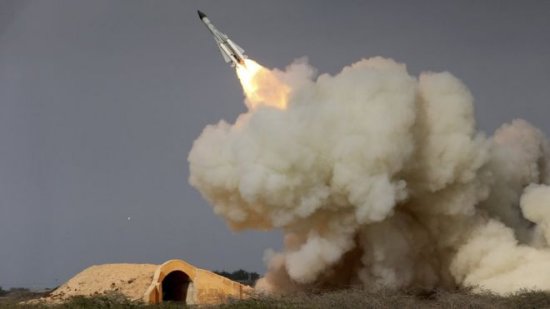 The US has announced fresh sanctions against Iran over its ballistic missile programme and what it says is Iran’s support for terror organisations.

The US state department said 18 entities or individuals would be affected by the new measures.

The statement also criticised Iran’s support for the Syrian government and groups such as Hezbollah and Hamas.

“The United States remains deeply concerned about Iran’s malign activities across the Middle East, which undermine regional stability, security and prosperity,” it added.

“Iran continues to support terrorist groups such as Hezbollah, Hamas, and Palestinian Islamic Jihad that threaten Israel and stability in the Middle East. Iran has maintained its steadfast support for the [Syrian] Assad regime, despite Assad’s atrocities against his own people.”

It also accused Iran of prolonging the conflict in Yemen by providing support for Houthi rebels.

Iran has not yet commented on the latest measures.

The announcement came a day after the Trump administration certified that Tehran was complying with a 2015 deal to limit its nuclear programme.

The White House is required to notify congress every three months on whether Iran is in compliance with the nuclear agreement. President Trump did so very reluctantly because he says Iran is violating the spirit of the deal, but the certification means that broad sanctions relief stays in place for now.

Iran’s Republican Guards Corp was set up after the 1979 revolution to defend the country’s Islamic system and provide a counterweight to the regular armed forces.

It has since become a major military, political and economic force in Iran, with close ties to the Supreme Leader.