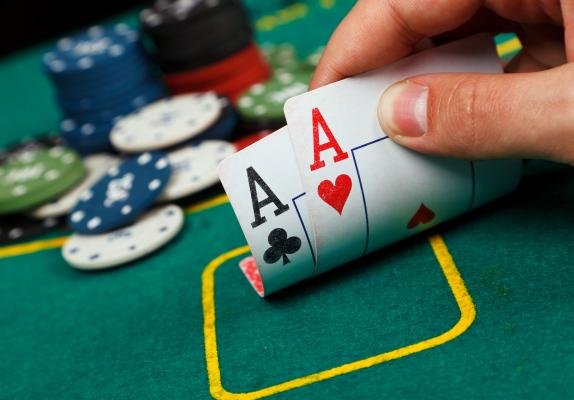 A Florida man out on bail for a manslaughter charge went to Las Vegas and won more than $100,000 laying in a poker tournament, according to reports.

Paul Senat, 37, placed 70th at the World Series of Poker in Las Vegas, which was good enough to be in the top 1 percent of players, and collected $100,444, reported the Las Vegas Review-Journal.

Tournament officials described Senat as a “relatively unknown player,” according to the Palm Beach Post.

While Senat might not be well-known among the Las Vegas poker crowd, he is accused of serious charges in Palm Beach County, Fla.

On April 25, he was arrested for manslaughter after allegedly firing an AK-47 while in the back room of a strip club he partially owned. The bullet fatally struck the club’s handyman, 55-year-old Darryl Rudolph, who was in the adjacent office changing an air conditioner filter

Senat told authorities he didn’t know the gun fired or that someone had been shot until he saw Rudolph bleeding from his neck.

Rudolph was taken to the hospital, where he died the next day.

Senat was arrested and posted his $35,000 bail the next day.

He was restricted form having contact with the Rudolph family or possessing a firearm, but it’s not clear if he had travel restrictions prior to traveling to Las Vegas.

Rudolph was the father of Florida State University college football player, Travis Rudolph. Just days after his father was killed, Travis signed as an undrafted free agent with the New York Giants.

Man lives after 40 minutes with no pulse