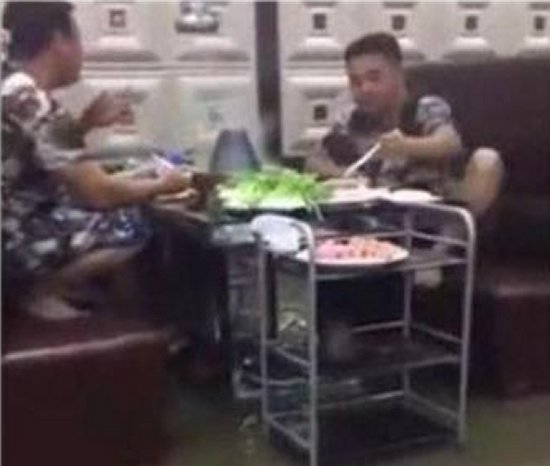 Diners at a Chinese restaurant were filmed ignoring rising floodwaters around their table while enjoying a hot meal.

The video, filmed Thursday at a restaurant in Changchun, Jilin Province, shows a table of diners with their feet up on the benches of their booth enjoying a hotpot meal despite the water rushing around them.

The camera pans through the restaurant, showing a few other customers working to escape the rising waters.

A Hong Kong man dubbed the “Starbucks Uncle” became a viral hero last fall when he was photographed reading his newspaper and drinking coffee in a flooded cafe.