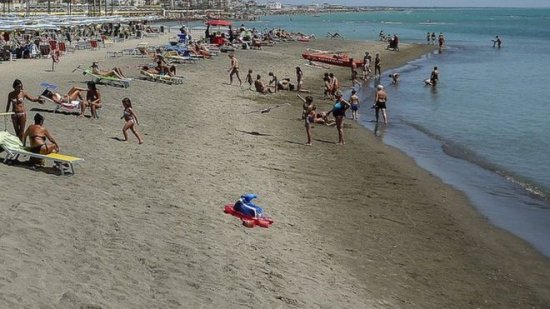 A British man and a beach worker have died at an Italian beach after they went to help the tourist’s daughter who got into difficulties in rough seas.

Italian reports say the young girl had been playing in the sea with her grandfather at a beach at Ostuni on the south-east coast near Brindisi.

When the pair struggled in the high current, the girl’s father and the local worker rushed to their aid.

They too were overcome by the waves and rescuers struggled to reach them.

The girl and her grandfather were eventually brought to safety.

The British tourist, aged 48, has not yet been identified but the local worker has been named as Martino Maggi, 49. In a statement the UK foreign office said it was “supporting the family of a British man following his death”.

Winds in the area were gusting at between 10 and 15 knots, reports say.

Officials say the sea there is notorious for the high north-easterly wind (Mistral) and local reports suggest the two men who died were unable to get back to the shore because of the strong current.