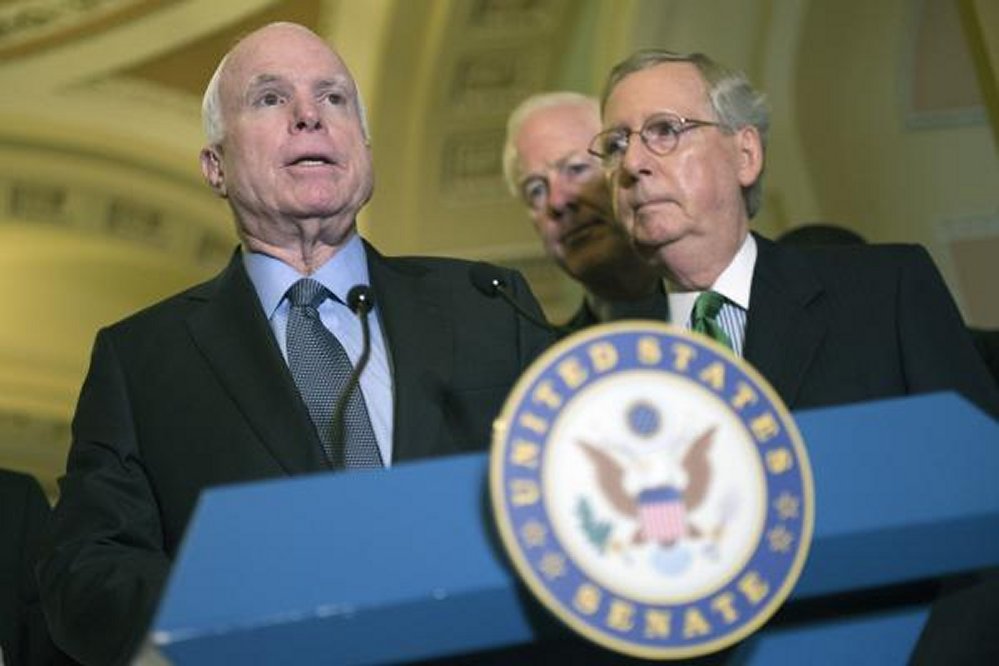 Senate Majority Leader Mitch McConnell said he will postpone a vote on the Republican healthcare bill while Sen. John McCain, R-Ariz., recovers from eye surgery to remove a blood clot.

In a statement released late Saturday, McConnell said the Senate’s Better Care Act will not reach the Senate floor while McCain recovers. McConnell did not disclose when the vote could occur in the statement in which he and his wife Elaine Chao wished McCain a “speedy recovery.”

“Elaine and I, along with the entire Senate family, wish John the very best and wish him a speedy recovery. There are few people tougher than my friend John McCain, and I know he’ll be back with us soon. Our thoughts are with Cindy and his family, his staff and the people of Arizona,” McConnell wrote. “While John is recovering, the Senate will continue our work on legislative items and nominations, and will defer consideration of the Better Care Act.”

McCain’s office on Saturday said the longtime Arizona senator would be recovering in his home state for the following week. McCain’s office said the senator underwent a procedure to remove a blood clot above his left eye on Friday following a routine annual physical at Phoenix’s Mayo Clinic Hospital.

“Sen. McCain received excellent treatment at Mayo Clinic Hospital in Phoenix, and appreciates the tremendous professionalism and care by its doctors and staff,” McCain’s office said in a statement. “He is in good spirits and recovering comfortably at home with his family. On the advice of his doctors, Sen. McCain will be recovering in Arizona next week.”

“The Senator is resting comfortably at home and is in good condition. His Mayo Clinic doctors report that the surgery went ‘very well’ and he is in good spirits,” the hospital said in a statement. “Once the pathology information is available, further care will be discussed between doctors and the family.”

All Democrats oppose replacing the ACA, meaning Senate Republicans can only lose two of their 52 votes.