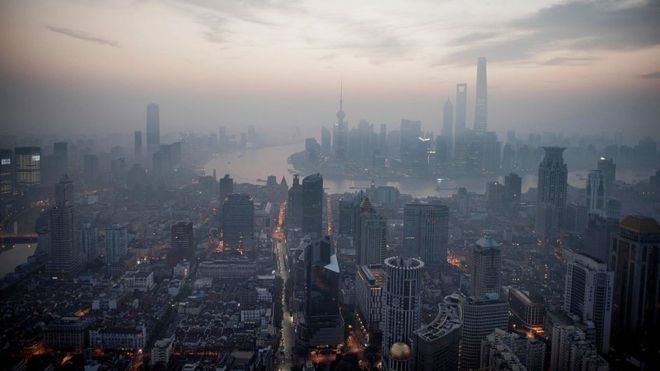 China’s economy grew at an annual rate of 6.9% between April and June according to official figures, slightly higher than forecast.

The growth rate, which compares expansion with the same three months in the previous year, was the same as in the first quarter of 2017.

Beijing is trying to rein in debt and a housing bubble with tough measures on the property sector and lenders.

Many analysts expected China’s economy to slow as those policies kicked in.

Despite efforts to slow down the housing market, property investment grew by 8.5% in the first half, which is up from the same period in 2016.

Some analysts are predicting that tighter lending rules may not have the cooling effect that many expected.

“Property prices will have an impact in the second half, but the impact might not be as big as we thought. It is only on prime cities. The third-tier and fourth-tier cities might catch up a little bit and that will offset some of the slowdown in first tier cities,” said Iris Pang, Greater China Economist with ING.

China’s economy grew at its weakest pace in 26 years during 2016, but other data released on Monday added to the picture of rebounding growth for the Chinese economy.

Industrial output for June grew by 7.6%, well above the forecast 6.5%.

And growth in both imports and exports also came in above expectations.

Related Topics:BusinessChinaChinese economy
Up Next

UK advertising standards to get tough on gender stereotypes