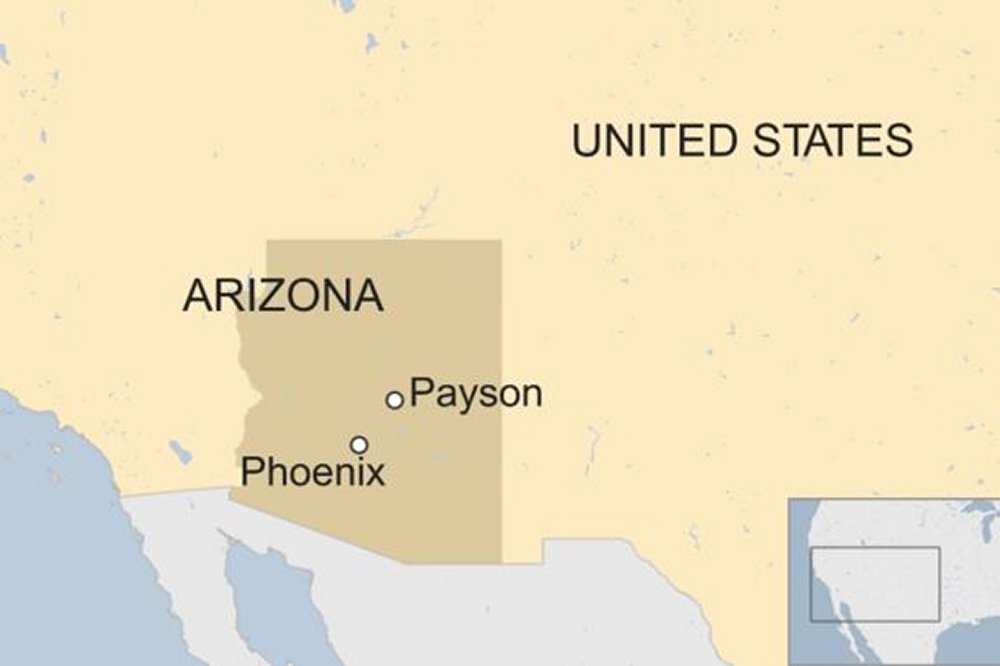 A deadly flash flood sparked by monsoon-like rains has swept through a swimming hole in the US state of Arizona, killing at least eight people.

At least two of those who died were children, according to reports in local media.

A search operation is under way for people who are still missing.

“A large family group was down by the river recreating,” said Sergeant David Horning from the Gila County sheriff’s office.

“It’s a recreation area that a lot of people come up to – and the flash flood came through and washed 14 people away from the camp.”

The Payson Fire Department said that multiple forest fires in recent months had created piles of debris that burst down a creek and through the swimming hole.

But it was not raining in the area where people were swimming.

At least four people have been rescued from the water and treated for hypothermia.

The National Weather Service has issued a flash flood alert for much of Arizona until Monday evening, with more storms expected in the middle of next week.