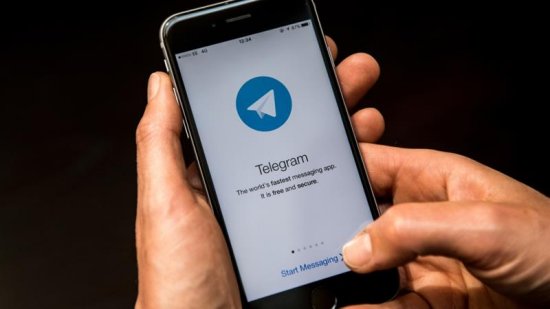 The encrypted messaging company Telegram says it is forming a team of moderators who are familiar with Indonesian culture and language so it can remove “terrorist-related content” faster.

The announcement comes after Indonesia limited access to the app and threatened a total ban.

Pavel Durov, who with his brother Nikolai founded the app in 2013, said in a message on Sunday to his 40,000 followers on Telegram that he had been unaware of a failure to quickly respond to an Indonesian government request to block a number of offending channels – chat groups on the app – but was now rectifying the situation.

Indonesia’s Ministry of Communications and Information Technology on Friday said it was preparing for the total closure of Telegram in Indonesia, where it has several million users, if it did not develop procedures to block unlawful content.

As a partial measure, the ministry asked internet companies in the country to block access to 11 addresses offering the web version of Telegram.

Samuel Pangerapan, the director general of informatics applications at the ministry, said the app is used to recruit Indonesians into armed groups and to spread hate and methods for carrying out attacks including bomb making.

Indonesians are among the world’s biggest users of social media.

The free messaging service can be used as a smartphone app and on computers through a web interface or desktop messenger.

Its strong encryption has contributed to its popularity with those concerned about privacy and secure communications in the digital era but also attracted armed groups and other criminal elements.

Durov said Telegram blocks thousands of ISIL-related channels a month and is “always open to ideas on how to get better at this”.

Suspected attackers arrested by Indonesian police recently have told authorities that they communicated with each other via Telegram and received orders and directions to carry out assaults through the app, including from Bahrun Naim, an Indonesian with ISIL, or the Islamic State of Iraq and the Levant group, who is believed to have orchestrated several attacks in the past 18 months from Syria.

Durov said Telegram has now blocked the channels that were reported to it by the Indonesian government.

“We are forming a dedicated team of moderators with knowledge of Indonesian culture and language to be able to process reports of terrorist-related content more quickly and accurately,” he said.

Indonesia’s measures against Telegram come as Southeast Asian nations are stepping up efforts to detract people from joining armed groups following the capture of the southern Philippine city of Marawi by ISIL-linked fighters.

Nearly two months after the initial assault, Philippine forces are still battling to regain complete control of the city.

Experts fear the southern Philippines could become a new base for the ISIL, including Indonesian and Malaysian fighters returning from the Middle East, as an international coalition retakes territory held by the ISIL, also known as ISIS, in Syria and Iraq.

But the Indonesian government’s move has led to a public outcry in Indonesia, with Twitter and Facebook exploding with negative comments and some people reporting they were unable to access the web.telegram.org domain.

16 Hindu pilgrims killed when bus plummets into gorge in Kashmir