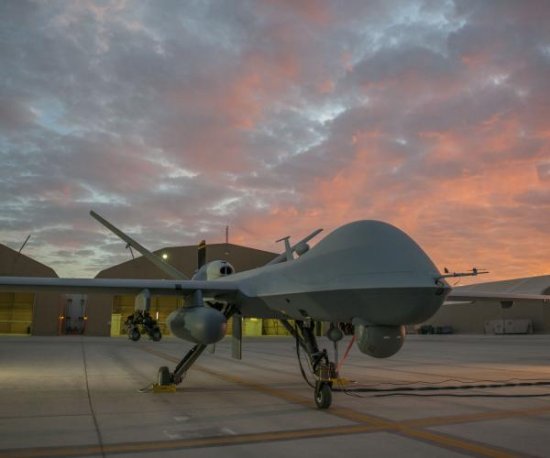 U.S. forces killed the leader of the Islamic State in Afghanistan, Abu Sayed, earlier this week with a drone, the Pentagon confirmed Friday.

A U.S. airstrike killed Sayed, the emir of the terrorist group’s Afghanistan affiliate — Khorasan — Tuesday in Kunar Province, U.S. Defense spokespeople have said. Khorasan is ancient name for the region that includes portions of Afghanistan and Pakistan.

Other Islamic State members died and the strike “will significantly disrupt the terror group’s plans to expand its presence in Afghanistan,” Chief Pentagon spokesperson Dana White said in a statement.

Secretary of Defense James Mattis told reporters Sayed’s death “sets [the Islamic State] back for a day a week, a month, it’s about who it is and what kind of people are below them.”

Sayed is the third Islamic State leader in Afghanistan killed in the past year, Gen. John Nicholson, Commander, U.S. Forces Afghanistan said in a statement. Hafiz Sayed Khan was killed in July 2016 and Abdul Hasib died during a U.S.-Afghan commando raid in April.

“This operation is another success in our campaign to defeat ISIS-K in Afghanistan in 2017,” Nicholson said.

In early March, Afghan and U.S. forces began a counter-Islamic State offensive to drive fighters from Nangarhar province, which borders Kunar to the south.

U.S. special operations forces have directly conducted raids and strikes in the country’s eastern province against the Islamic State in Afghanistan.

The White House has authorized Mattis to send nearly 4,000 troops to Afghanistan as the Trump administration determines its broader strategy. Mattis told reporters he expects the determination is nearly finished.