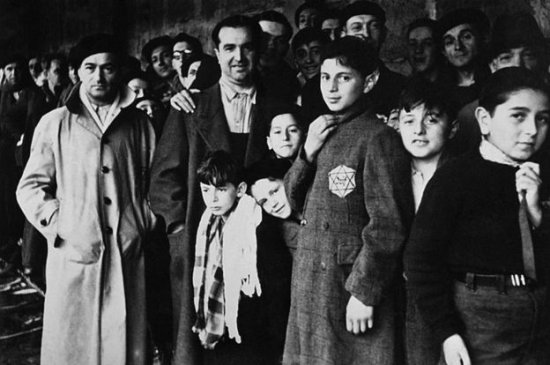 Israeli Prime Minister Benjamin Netanyahu is in Paris to commemorate the victims of a mass arrest of Jews in Nazi-occupied France in 1942.

More than 13,000 Jews were rounded up and detained at a cycling stadium, the Velodrome d’Hiver, before being deported to Nazi death camps.

He is the first Israeli prime minister to attend the Vel d’Hiv commemorations.

“I’m here to mourn the victims,” Mr Netanyahu told an audience in Paris, which included Jewish groups and Holocaust survivors.

“Seventy-five years ago, a heavy darkness descended on this city… It seems the values of the French revolution – equality, fraternity, liberty – was crushed brutally under the boot of anti-Semitism.”

He hailed the “great, great human beings” who had risked their lives to save Jews in France during Nazi occupation, and warned of a rise in “extremist forces” in modern society.