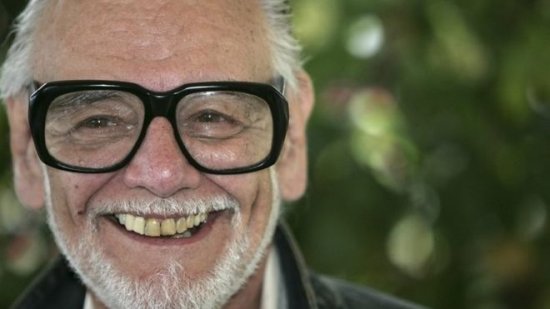 The American-born filmmaker George A Romero, who created the genre-defining Living Dead movie franchise, has died at the age of 77, his manager has said.

Romero died in his sleep on Sunday after a “brief but aggressive battle” with lung cancer, his manager told Variety.

Romero co-wrote and directed the film that started the zombie series Night of the Living Dead in 1968.

It led to a number of sequels – and a slew of imitators.

Manager Chris Roe said Mr Romero died with his wife and daughter by his side, listening to the score of The Quiet Man, “one of his all-time favourite films”.

At the time of its release, Night of the Living Dead was criticised for being gory but it went on to be a cult classic and shape horror and zombie films for decades.

While it did not use the word zombies, it was the first film to depict cannibalistic reanimated corpses.

Previous films had shown zombies as being living people who had been bewitched through voodoo.

Despite having a budget of just $114,000, the film made $30m at the box office and was followed by five sequels and two remakes.

Mr Romero had a non-starring and uncredited role in the film as a news reporter.

He went on to direct other films including the 1971 romantic comedy There’s Always Vanilla, the 1978 vampire film Martin, and the 1982 Stephen King adaptation Creepshow.

His only work to top the box office success enjoyed by Night of the Living Dead was Dawn of the Dead, released in 1978, which earned more than $40m.

Doctor Who’s 13th Time Lord to be a woman