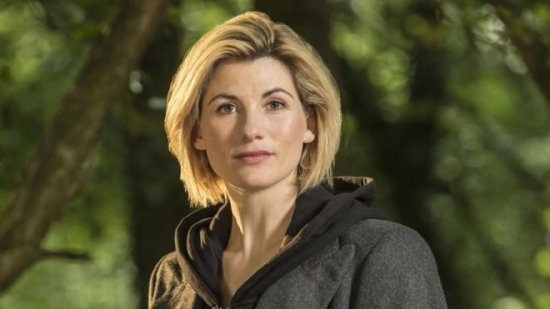 Jodie Whittaker has been announced as Doctor Who’s 13th Time Lord – the first woman to get the role.

She was revealed in a trailer that was broadcast on BBC One at the end of the Wimbledon men’s singles final.

The Broadchurch star succeeds Peter Capaldi, who took the role in 2013 and leaves in this year’s Christmas special.

Whittaker, 35, said it was “more than an honour” to become the Doctor.

She will make her debut on the sci-fi show when the Doctor regenerates in the Christmas Day show.

The Huddersfield-born star had become a late favourite to become the Doctor.

There will be a familiar face for her on set – Doctor Who’s new showrunner is Broadchurch creator Chris Chibnall.

She said: “I’m beyond excited to begin this epic journey – with Chris and with every Whovian on this planet.

“It’s more than an honour to play the Doctor. It means remembering everyone I used to be, while stepping forward to embrace everything the Doctor stands for: hope. I can’t wait.”

Chibnall said the 13th Doctor was always going to be a woman.

He said: “I always knew I wanted the 13th Doctor to be a woman and we’re thrilled to have secured our number one choice.

“Her audition for the Doctor simply blew us all away. Jodie is an in-demand, funny, inspiring, super-smart force of nature and will bring loads of wit, strength and warmth to the role. The 13th Doctor is on her way.”

Capaldi had said that he wanted to see a woman replace him in the Tardis.

He said: “Anyone who has seen Jodie Whittaker’s work will know that she is a wonderful actress of great individuality and charm.

“She has above all the huge heart to play this most special part. She’s going to be a fantastic Doctor.”

Whittaker starred as Beth Latimer in the three series of the ITV crime drama Broadchurch as the mother of a murdered boy.

As well as TV work, Whittaker has appeared on the big screen, in One Day, Attack the Block and St Trinian’s.

The trailer showed a hooded figure walking through woods, with birdsong and breath the only sounds heard. An empty palm was pictured, on which a key appeared – before Whittaker’s face was glimpsed.

Viewers then saw her take off her hood, smile and walk towards the Tardis.