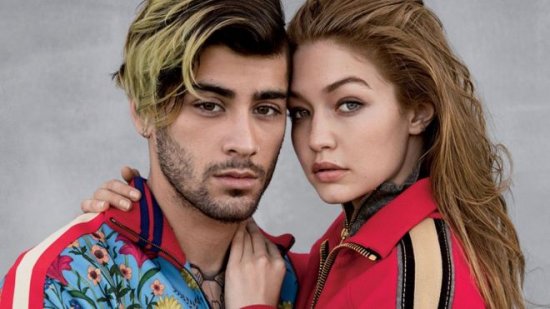 US Vogue has apologised for “missing the mark” by saying Zayn Malik and his girlfriend Gigi Hadid were “embracing gender fluidity”.

In an interview, the former One Directioner and the US model talked about borrowing each other’s clothes.

They were photographed in colourful, fairly androgynous clothes.

But readers mocked the magazine for its definition of the phrase, pointing out that what you wear does not make you “gender fluid”.

Many on social media pointed out that the term refers to people with a particular transgender identity, who do not conform to societal expectations of male or female or identify as either.

For instance Jacob Tobia wrote in Cosmopolitan: “If you’re going to talk about a marginalised community, talk to that community.

“Unlike how this new Vogue cover shoot presents it, the lived experience of being gender-nonconforming is rarely that fun and glamorous.”

Vogue describes a conversation between the pair, with Hadid telling Malik: “I shop in your closet all the time, don’t I?”.

The 24-year-old singer then replies that he borrowed an Anna Sui T-shirt from her, adding: “I like that shirt. And if it’s tight on me, so what? It doesn’t matter if it was made for a girl.”

Hadid, 22, agrees, saying: “Totally. It’s not about gender. It’s about, like, shapes. And what feels good on you that day.

“And anyway, it’s fun to experiment.”

Vogue writer Maya Singer comments in the piece, in US Vogue’s August issue, that for many young people “gender is a more or less arbitrary distraction” and that there is “a terrific opportunity for play”.

She says “this new blase attitude toward gender codes marks a radical break”, adding: “For these millennials, at least, descriptives like boy or girl rank pretty low on the list of important qualities – and the way they dress reflects that.”

But poet Tyler Ford, who’s quoted in the accompanying article exploring gender norms, tweeted (with an eyeroll emoji): “The only mention of the word ‘trans’ is by me via interview.”

Journalist and author Hannah Orenstein said she would have preferred Tyler to have been profiled instead of Hadid and Malik, tweeting: “Zayn and Gigi are profiled in this piece on gender fluidity because… they borrow each other’s clothes sometimes?”

And Colette Fahy wrote: “All Z & G say is that they borrow each other’s clothes. Such a big jump for the mag to declare gender fluidity.”

In a statement issued on Friday, a Vogue spokeswoman said: “The story was intended to highlight the impact the gender-fluid, non-binary communities have had on fashion and culture.

“We are very sorry the story did not correctly reflect that spirit – we missed the mark.

“We do look forward to continuing the conversation with greater sensitivity.”

Doctor Who’s 13th Time Lord to be a woman