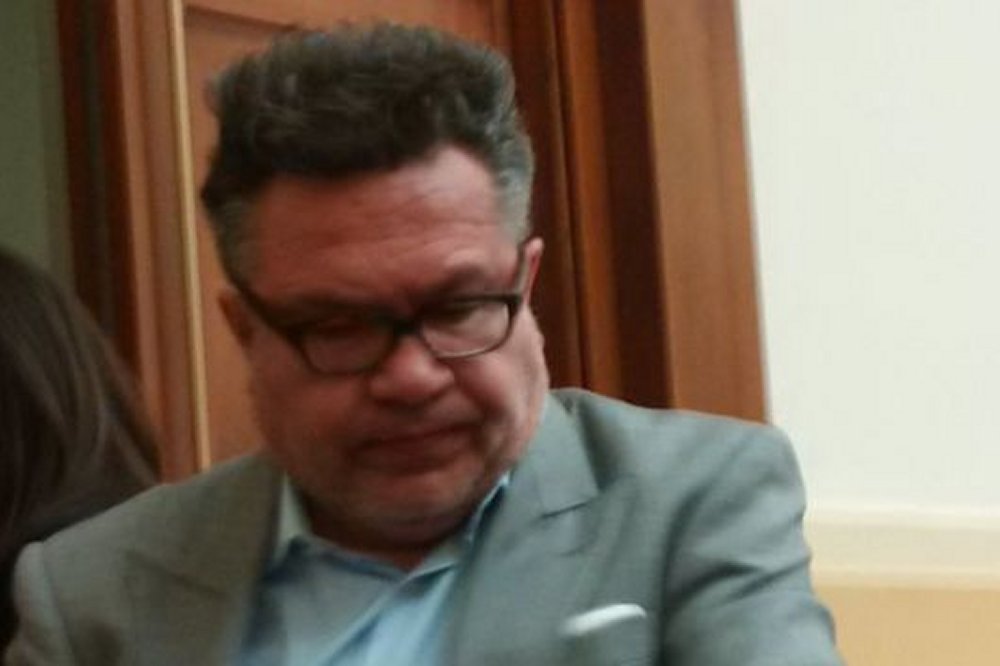 A former Soviet counter-intelligence official attended a meeting last year with senior aides to President Donald Trump and his son, it has emerged.

Rinat Akhmetshin, now a lobbyist, confirmed to US media he was present at the Trump Tower encounter.

Donald Trump Jr was promised damaging material on Hillary Clinton at the meeting, his emails show.

Mr Trump Jr has only previously acknowledged that a Russian lawyer, Natalia Veselnitskaya, was present.

The president’s eldest son has played down meeting, which took place on 9 June 2016, since it was reported this week.

But the Senate Judiciary Committee has asked Mr Trump Jr, 39, to testify publicly

Several congressional panels and federal investigators are looking into claims that Russia meddled in last year’s US election in a bid to help Donald Trump.

It has emerged as the firmest evidence yet of non-diplomatic interactions between Trump campaign aides and Russian figures.

House Democrat leader Nancy Pelosi said that there was now “cold, hard evidence” that the Trump family intended to collude, possibly with Russia, to influence the elections, and that this should be investigated independently.

“I… call for the revoking of the security clearance for Jared Kushner. It’s absolutely ridiculous that he should have… that clearance,” she said.

During a news conference in Paris, France, on Thursday, Mr Trump said that “most people would have taken that meeting”.

Who is Rinat Akhmetshin?

Mr Akhmetshin told the AP news agency he served in a Soviet military unit that was part of counterintelligence, but that he was never formally trained as a spy.

In court papers filed in 2015 with the US District Court in Washington DC, where he lives, a mining company accused him of organising a hack on its private records as part of an alleged smear campaign.

The Russian-American was overheard in a coffee shop bragging about arranging the cyber-attack on the firm’s computer system, according to court documents.

Mr Akhmetshin denied the allegations, and the case was later dropped.

Mr Akhmetshin told the Washington Post he became a US citizen in 2009 but retains his Russian nationality.

He is a registered lobbyist who has focused in recent years on overturning the 2012 US Magnitsky Act.

Why was Akhmetshin at the meeting?

Mr Akhmetshin told the Washington Post he only accompanied Ms Veselnitskaya to the Trump Tower meeting on the spur of the moment after meeting her for lunch.

He said he showed up with her at the Manhattan skyscraper wearing jeans and a T-shirt.

Mr Akhmetshin said he and Ms Veselnitskaya were joined by an interpreter.

“I never thought this would be such a big deal, to be honest,” he said.

The meeting was set up by Rob Goldstone, a British music publicist for Russian pop star Emin Agalarov.

Mr Agalarov worked with Donald Trump Snr on staging the Miss Universe pageant in Moscow in 2013.

What was the meeting about?

Mr Trump Jr said it became apparent as they spoke that Ms Veselnitskaya wanted to discuss a suspended programme for Americans to adopt Russian children.

But Mr Akhmetshin told the AP that Ms Veselnitskaya informed Mr Trump Jr she had details of possible illicit funds being funnelled to the Democratic National Committee (DNC).

“This could be a good issue to expose how the DNC is accepting bad money,” he said he recalled her saying.

According to Mr Akhmetshin, Mr Trump Jr asked her if she had evidence to prove the claim, but the lawyer urged the Trump campaign to research the matter.

“They couldn’t wait for the meeting to end,” he added.