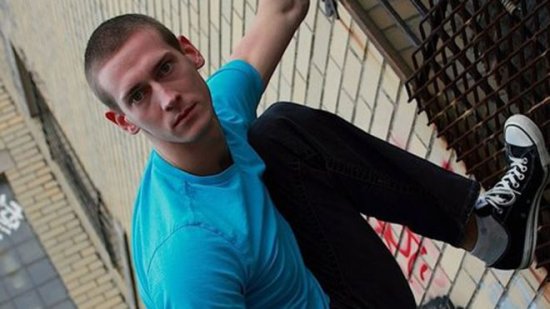 Stuntman John Bernecker has died after suffering a fall on the set of The Walking Dead.

AMC Networks said production on the eighth season of the hit zombie TV series was “temporarily” shut down after Wednesday’s “tragic” accident.

A coroner in Georgia confirmed Bernecker died of blunt force trauma in hospital in Atlanta.

The stuntman’s other credits include Black Panther, Logan and the 2015 version of Fantastic Four.

Jeffrey Dean Morgan, who plays Negan in The Walking Dead, paid tribute on Twitter. “Deep sorrow today, and for every tomorrow,” he wrote.

“Love, respect, and condolences to johns family, and friends. He will be forever missed.”

Kellan Lutz, a star of the Twilight film series, remembered Bernecker as “one of the best, most talented stuntmen I have ever been blessed to work with.”

A statement posted by the LifeLink Foundation, an organ donor network, said: “The family of John Bernecker is heartbroken to confirm that John has passed away from injuries sustained earlier this week.

“Although devastated by their loss, John’s loved ones have ensured his legacy will live on, not only through the personal and professional contributions he made during his life, but also by their generous decision to allow John to save lives as an organ donor.”

The Walking Dead showrunner Scott M Gimple said: “Our production is heartbroken by the tragic loss of John Bernecker.

“John’s work on The Walking Dead and dozens of other movies and shows will continue to entertain and excite audiences for generations. We are grateful for his contributions, and all of us send our condolences, love, and prayers to John’s family and friends.”

AMC said Bernecker’s family had decided that he would be removed from life support following organ donation.

“We are deeply saddened by this loss and our hearts and prayers are with John’s family, friends and colleagues during this extremely difficult time,” the network said in a statement.

It added: “The safety of our members is paramount. We will work with the authorities and closely monitor their investigations into this tragic incident.”

The programme stars Andrew Lincoln, Danai Gurira, Norman Reedus and Cohan as the survivors of an epidemic that has wiped out much of humanity after a zombie apocalypse.

Based on the comic books by Robert Kirkman, the show is due to return to screens in October.