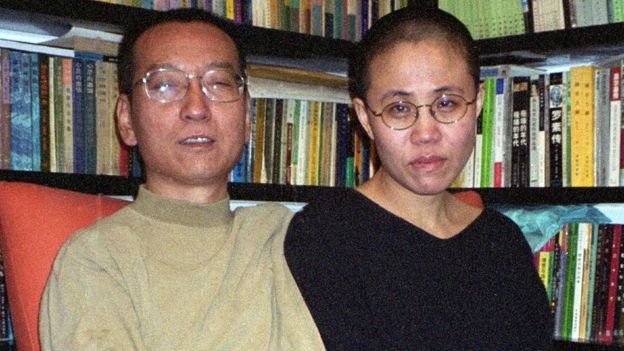 China has rejected international criticism for not allowing its most prominent critic, Liu Xiaobo, to be treated abroad for liver cancer.

It said the case was an internal affair and that other countries were “in no position to make improper remarks”.

The activist, who had been serving an 11-year prison term for “subversion”, died in a hospital in China aged 61.

The Nobel Committee, which gave him the Peace Prize in 2010, said China bore a “heavy responsibility” for his death.

Beijing is now being urged to free his wife, poet Liu Xia, from house arrest.

Mr Liu died “peacefully” on Thursday afternoon, surrounded by his wife and other relatives, his main doctor Teng Yue’e said. His final words to Liu Xia were: “Live on well”.

Calling the death “premature”, the Nobel Committee said the Chinese refusal to allow him to travel was “deeply disturbing”.

Germany, one of the countries considered as an option for Mr Liu, regretted that his transfer did not take place, Foreign Minister Sigmar Gabriel said.

“China now has the responsibility to quickly, transparently and plausibly answer the question of whether the cancer could not have been identified much earlier,” he added in a statement.

British Foreign Secretary Boris Johnson also said it was “wrong” for China to have denied Liu Xiaobo permission to leave.

In the first official comment since his death, China’s foreign ministry said: “The handling of Liu Xiaobo’s case belongs to China’s internal affairs, and foreign countries are in no position to make improper remarks,” Xinhua state news agency reported on Friday.

The stern words are the latest development in the international controversy surrounding Mr Liu’s case.

Chinese authorities announced last month that Mr Liu had liver cancer and moved him from prison to a hospital in the north-eastern city of Shenyang, where he was kept under heavy security.

Chinese medical experts insisted he was too ill to travel, although Western doctors who examined him disagreed.