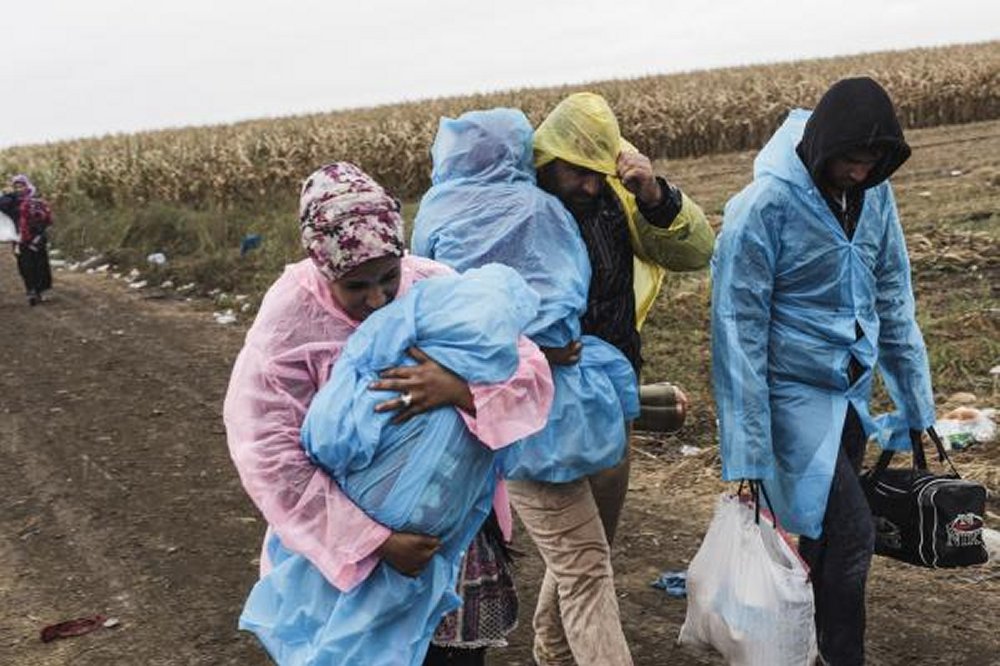 The Department of State said the U.S. refugee program has surpassed the 50,000-person cap set by President Donald Trump’s administration for the year, which will now deny many refugees entry.

The United States admitted about 85,000 refugees in the 2016 fiscal year and former President Barack Obama wanted to accept 110,000 for the 2017 fiscal year. But under the cap implemented by Trump’s executive orders on immigration — the so-called travel ban — the State Department is expected to deny entry to thousands of refugees.

The State Department said 50,086 refugees were admitted by Wednesday afternoon. The agency said it would set the entry cutoff for the end of the day instead of at exactly 50,000 to maintain order. Trump’s quota ends at the conclusion of the 2017 fiscal year, which began Oct. 1, 2016, and ends Sept. 29.

Despite the quota being reached, some refugees will still be allowed in the country through the end of the fiscal year.

The Supreme Court in late June ruled refugees who have a “credible claim of bona fide relationship” with either a U.S. institution, such as a school or employer, or a person living in the United States are still allowed entry if they can prove they have a legitimate relationship with said institution or person.

“Beginning July 13, only those individuals who have a credible claim to a bona fide relationship with a person or entity in the United States will be eligible for admission through the U.S. Refugee Admissions Program,” a State Department spokesperson said.

The president’s revised order seeks to ban travel from Iran, Libya, Somalia, Sudan, Syria and Yemen for at least 90 days, and temporarily halt all refugee applications for 120 days. Trump has said that the suspensions allow much-needed time to review the nation’s immigration and refugee evaluation procedures to ensure potential terrorists aren’t allowed to enter the country

Naureen Shah, the senior director of campaigns at Amnesty International USA, said about 26,000 refugees who have already been vetted and approved to enter the United States could be left stranded.

“As a result of the Trump administration’s cruel agenda to ban refugees from entering the country, thousands of vulnerable people fleeing war and violence from all over the world are in heightened danger,” Shah wrote in a statement. “The United States is turning its back on people who are fleeing some of the world’s most desperate situations. The U.S. has historically helped people rebuild their lives, and in return, they’ve helped revitalize towns, businesses and the economy.”