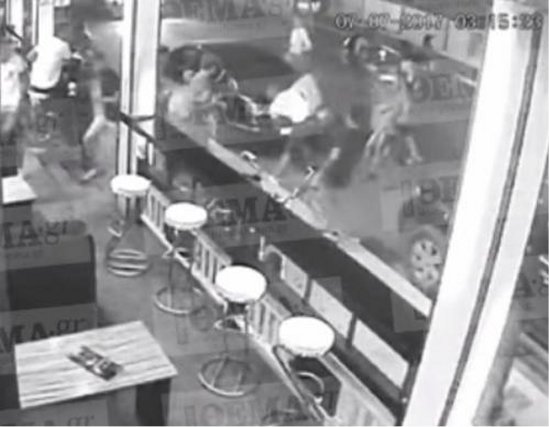 Greek authorities charged nine men with voluntary manslaughter for the beating death of a recent American college graduate who died in a bar brawl.

The fight in which Bakari Henderson, a 22-year-old graduate of the University of Arizona, died occurred on the Greek island of Zakynthos on Friday. The nine men include seven Serbians and two bar workers — identified as a 34-year-old Greek bartender and a 32-year-old British citizen of Serbian origin who worked as a bouncer.

Five of the detained men were ordered to be jailed ahead of their trials, while the other four suspects were scheduled to have hearings later this week, The New York Times reported. At least three suspects will appear before a prosecutor on Thursday and the last suspect is expected to face a court on Friday.

The altercation first began in one bar but that was not where Henderson was killed. A security camera video from another bar shows a group of men chasing down Henderson in the street. Then, someone knocks Henderson into a parked car before several men begin kicking and punching him.

A person attempted to perform CPR on Henderson after the violence ended and the crowd dispersed. Greek authorities said Henderson died from severe head injuries.

Henderson, who was originally from Austin, Texas, graduated with a degree in business and finance on May 17. Henderson’s family said he was in Greece to do a photo shoot to launch a new clothing line.

“Bakari loved spending time with family and friends, traveling, and meeting new people,” Henderson’s family said in a statement to KXAN. “He was a big thinker and enjoyed coming up with new business ventures. Bakari was an inspiration to all he met. He loved life and lived it to the fullest.”