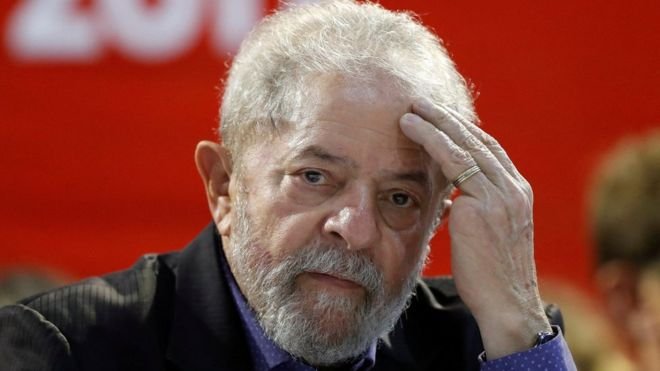 Former Brazilian President Luiz Inacio Lula da Silva has been convicted of corruption charges and sentenced to nine and a half years in prison.

The judge ruled he could remain free pending an appeal.

Lula has rejected claims that he received an apartment as a bribe in a corruption scandal linked to state oil company Petrobras.

He says the trial is politically motivated and has strongly denied any wrongdoing.

The case is the first of five charges against him.

Current President Michel Temer also faces corruption allegations and is resisting calls for him to step down.