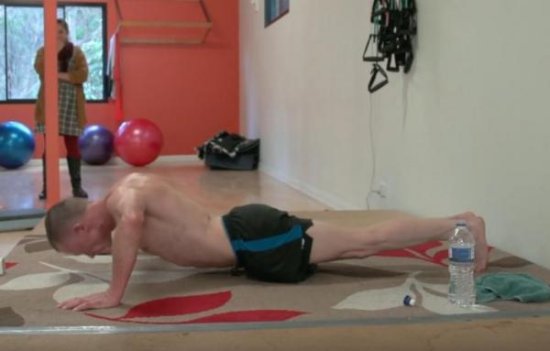 A 52-year-old man from Wales set a new world record by completing more than 2,500 push ups in an hour.

Carlton Williams, who achieved the highly contested fitness record in 2015, successfully reclaimed the Guinness World Record for “Most push ups in one hour (male)” by completing 2,682 in the 60-minute time period.

“I did it to prove I’m the best,” Williams said.

Williams attempted the record at Body Club Fitness Center in Western Australia, where he sought to surpass 2,392 in the allotted time, 172 more than his previous record of 2,220.

Williams was required to keep his hands on the floor, while lowering his body until his elbows achieved a 90 degree angle for each rep to count toward the eventual record number.

The clock did not stop throughout the hour-long attempt, but Williams did occasionally take breaks to sit and breathe.