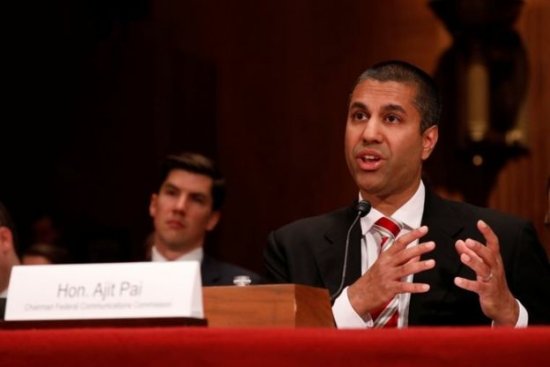 This week some of the internet’s most popular websites will look quite different, as they participate in a day of action on Wednesday 12 July to oppose changes to US rules which govern net neutrality.

Sites such as Netflix and Amazon are joining with civil liberty groups in a co-ordinated protest, and activists are already sharing viral content on Twitter, Reddit and Facebook in preparation. So why all the outcry – and who’s behind the social media campaign?

What is Net Neutrality?

Net neutrality is the principle that an internet service provider (ISP) should give consumers equal access to all legal content regardless of its source.

To put it another way, if the networks which form the bedrock of the internet were a motorway, then under net neutrality, there wouldn’t be fast lanes for cars and slow lanes for lorries. Motorists wouldn’t be able to pay to use a faster route. All data regardless of its size, is on a level playing field.

In practice what this means is that ISPs – such as Comcast or Viacom in the US – cannot block content, speed up or slow down data from particular websites because they have been paid to do so. And they can’t give preferential treatment to their own content at the expense of their competitors.

Proponents of net neutrality say it’s a matter of fairness, that it limits censorship and ensures that large ISPs can’t unfairly choke off other content providers. But opponents say it amounts to an undue restriction on business, that regulation stifles investment in new technology, and that net neutrality laws are outdated.

Why is it an issue now?

The US Federal Communications Commission (FCC), with the support of the Obama administration introduced new net neutrality regulations in 2015, after an extensive campaign by activist groups and tech companies. Those rules put ISPs in the same category as other telecommunication companies.

But President Trump is a vocal critic of the measures, and he appointed a net neutrality opponent, former commissioner Ajit Pai, to chair the FCC at the beginning of this year. Pai said he fears that internet service providers are not investing in critical infrastructure such as connections to low income or rural households because the net neutrality rules prevent them from making money from their investments.

FCC commissioners voted to start the process to end net neutrality rules in May, and the commission is now conducting a public consultation on the issue. Americans have until the end of August to comment on the plans.

Although it’s a tech-world phenomenon and a political debate, the issue has attracted the attention of some prominent celebrities outside of Silicon Valley and Washington.

One of the most outspoken has been British comedian John Oliver, the presenter of Last Week Tonight, who was instrumental in getting the issue of net neutrality trending when the vote results were released, after his tirade against the FCC’s decision went viral.Oliver has long been interested in the issue and was one of the champions of the regulations when they were first introduced, and his call to arms saw thousands of people post comments on the FCC website. Some reports even claimed the FCC’s website crashed because of the influx, but the commission later said the crash was due to a denial of service attack by hackers.

What is the Day of Action?

With the deadline for comments on the FCC’s decision looming, tech companies have decided to take co-ordinated action.

On 12 July, huge tech companies such as Amazon will join more than 170 organisations which will “slow down” their services to protest the proposed change. The protest is an attempt to simulate what could potentially happen to popular websites if net neutrality rules are scrapped.

The companies will show advertisements and pop ups which encourage users to comment on a dedicated campaign website.

One of the organisations behind the protest is the Mozilla Foundation, developers of the Firefox web browser.

“We’ve already received some 40,000 comments from people in the US” in response to a campaign, said Mozilla Foundation vice president Ashley Boyd. “On the day people will see some of those comments on our snippet which sits on the front page of Firefox.”

“The problem with this debate is that it can seem very entrenched, with people from big companies on both sides sticking to their views, but we want to showcase that this does have an impact on real people,” Boyd told BBC Trending.

But it’s not just supporters of net neutrality who will be active on social media on Wednesday. ISPs are also planning to make their case.

Comcast, the largest cable provider in the US, has already started sharing messages stating they support the general principle of net neutrality, but are opposed to the FCC’s existing rules.

In a blog post, Comcast executive David Cohen wrote: “We have and will continue to support strong, legally enforceable net neutrality protections that ensure a free and Open Internet for our customers, with consumers able to access any and all the lawful content they want at any time”.

The company has backed plans for legislation to protect net neutrality, but claims that the current rules have led to “years of legal wrangling” and uncertainty due to the shift from the Obama administration to Trump’s policies. The company – and other ISPs – worry that a future president could change the rules yet again.

The challenge for the pro-net neutrality crowd in Silicon Valley is to try and explain the technical nuances of the debate to non-technical people, particularly as most ordinary users of the internet would probably not have noticed a significant change when the rules were introduced in the first place.

Stack Exchange is an American social network of specialists who are trying to fill the knowledge gap. The site follows a question and answer format, with the best answers being voted to the top by members.

One of their earliest communities, Stack Overflow, focused on answering programming questions, and moderator Josh Heyer told BBC Trending that users had been lobbying the company for years to try and get it to take a position in favour of net neutrality.

“Within the company we recognise this is something which had huge potential to cause big problems for lots of our audience,” he said.

“Historically net neutrality rules have been socially enforced, but the whole reason we are having this debate is because it seemed to us that some users of the internet were not sticking to these conventions,” he said. “I tried to explain net neutrality to some friends the other day, and I realised I had been speaking for more than an hour and my friends were still confused.”

Programmers such as Elliott Brown from Ohio have been participating in the debate on Stack Overflow.

“I’m not a political activist, I don’t want to sway a person’s vote one way or the other but I feel they need to have the right information at their fingertips,” he told BBC Trending.

“I’ve been writing concrete and simple examples which frame this debate in laymen’s terms and sending them to friends. No one except us has made the effort to read all the literature, we have a responsibility to explain it.”

Brown is firmly in favour of net neutrality.

“It has huge implications for the whole internet. In the US there are only four or five major carriers. If they were to collaborate they could strangle data access to parts of the internet, it’s not an understatement to say they could influence history,” he said.

With the pro-neutrality activists dominating social media it’s easy to believe that the vast majority of tech workers and activists support the existing rules. But there are different perspectives within the tech community. Texan programmer Ben Collins used to work at Stack Exchange and has spent more than a decade in the industry. He told Trending that he thinks the FCC’s changes won’t amount to the “doomsday” for the open internet that many have predicted.

“Fundamentally we want free markets to work, and that the best way for that to happen is for there to be little regulation,” he said. “In the history of the internet there was basically no regulation until this came in, and from my perspective it seems like the only reason we changed things at a fundamental level is because some people were nervous that we might get charged a bit more for fast internet access.”

Collins argues that market pressure will provide an incentive for ISPs to make sure their customers are happy, and that opponents of the rules will be relatively subdued this week – but only because they believe they’ve already won the argument.

“There is market pressure on Comcast and the other providers not to treat their customers poorly,” he said. “A lot of the arguments in favour [of net neutrality] seem to boil down to me that ‘I want better internet access to my house’. The market will provide this but it takes time.”

“I might call my representative next Wednesday to share this point of view, but really I think the reason you won’t see many people saying they want to scrap the regulations on social media is because the commissioners have already made their minds up,” he said.