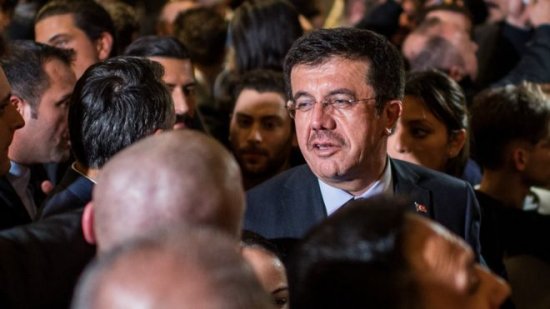 The Austrian authorities have barred Turkey’s economy minister from entering the country to attend a rally to mark the first anniversary of the failed coup attempt.

Nihat Zeybekci’s visit would represent a danger to “public order and security”, an Austrian spokesman said.

The Turkish government did not comment immediately on the decision.

Relations are already tense as Austria has criticised the Turkish government’s response to the failed coup.

More than 50,000 people have been arrested and 140,000 dismissed or suspended during a state of emergency in place since the attempted military takeover last 15 July.

Thomas Schnoll, a spokesman for Austria’s foreign ministry, told ORF radio: “I can confirm that Foreign Minister [Sebastian] Kurz has in fact forbidden the Turkish economy minister from entering the country.”

However, Mr Zeybekci, he added, was always welcome to make a bilateral visit.

Austria has favoured freezing Turkish negotiations on eventual EU membership and is among several countries to have expressed disquiet at the Turkish government’s crackdown following the coup attempt.

In March, it banned President Recep Tayyip Erdogan from campaigning in the country for a referendum in Turkey, saying it could deepen divisions between his backers and Turks of Kurdish origin in Austria.

Other European countries have also acted against pro-Turkish government rallies.

The Netherlands said on Friday that Turkish Deputy Prime Minister Tugrul Turkes was not welcome to visit for a ceremony among expatriates, also to mark the anniversary of the coup attempt.