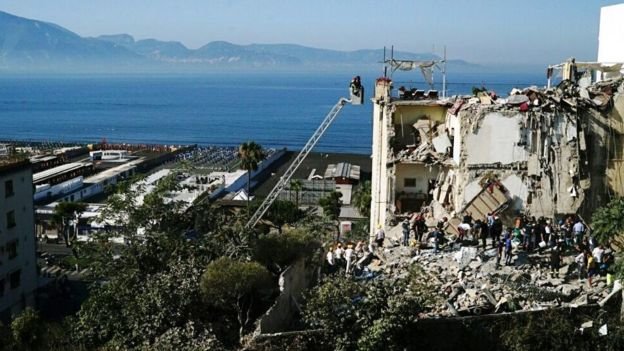 Rescuers in southern Italy are trying to find eight people missing after an apartment block collapsed in Naples.

Italian media say two families were living in the four-storey building that collapsed in Torre Annunziata district. Two children are among those missing.

The cause remains unclear. Neighbours did not report hearing any explosion – just the crash of masonry at dawn.

Some masonry fell on the nearby Naples-Salerno railway line, so traffic on it has been suspended.

It is a seismically active area but there is no suggestion that an earth tremor jolted the building.

There are suspicions that the collapse could be linked to vibrations from the railway, or to renovation work that was under way on the lower floors.

Cyprus talks end without a peace and reunification deal