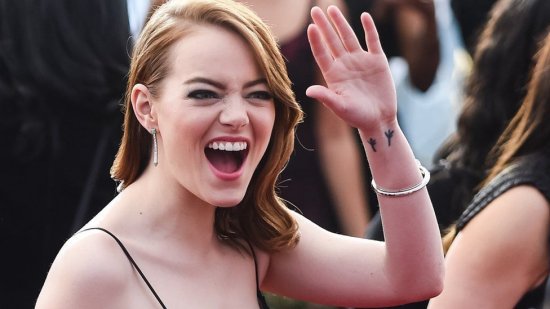 Emma Stone has revealed some of her male co-stars have taken pay cuts to make sure they’re paid the same.

Speaking to OUT magazine, the La La Land star said her male colleagues have reduced their fee so she can “have parity with them”.

Emma is currently promoting her latest film, Battle of the Sexes.

It’s based on the male v female tennis match between Bobby Riggs and Billie Jean King in 1973. It was watched by an estimated 90 million people worldwide.

In the magazine interview, Emma talks to Billie Jean about fighting for equality back then – and what it’s like now.

Speaking about her co-stars taking a pay cut, she said: “They do it for me because they feel it’s what right and what’s fair.

“If my male co-star, who has a higher quote than me but believes we are equal, takes a pay cut so that I can match him, that changes my quote in the future and changes my life.

“It’s not about, ‘Women are this and men are that.’ It is, ‘We are all the same, we are all equal, we all deserve the same respect and the same rights.'”

Emma is the latest actor to speak out about the wage disparity between men and women in Hollywood.

In 2015 Jennifer Lawrence stated she was “mad” when she found out how much she was being paid in comparison to her male co-stars, while Sienna Miller said she turned down a play because she was offered less than half the pay of her male co-star.