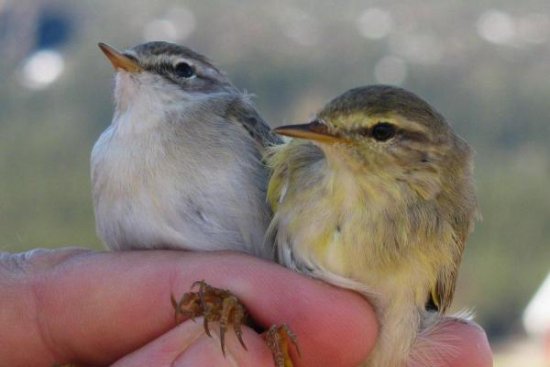 Willow warblers born and bred in southern Sweden migrate to West Africa, while their peers from the north migrate to southeast Africa. The differences in migration patterns are reflected in the birds’ genomes.

In comparing the genomes of the two bird populations, researchers found discrepancies between 200 genes in two distinct genomic regions.

“Of these 200 or so genes, there are several that can be considered to be important for migration-related physiological adaptations and others that, according to our present knowledge, have a poorly characterized or unknown function,” Max Lundberg, a researcher at Sweden’s Lund University, said in a news release.

Lundberg and his colleagues believe the unknown genes are likely also linked to migration and the two populations’ divergent geographical experiences.

Previous studies have shown bird genes to contain an inborn instruction manual for migration — the unique sequences dictate the direction and travel time. The latest study, however, is the first to reveal how the genomes of different populations are altered by migrational patterns.

“Our results represent an important addition to the understanding of migration-related genetics and will guide future studies in the subject,” said Lund professor Staffan Bensch.