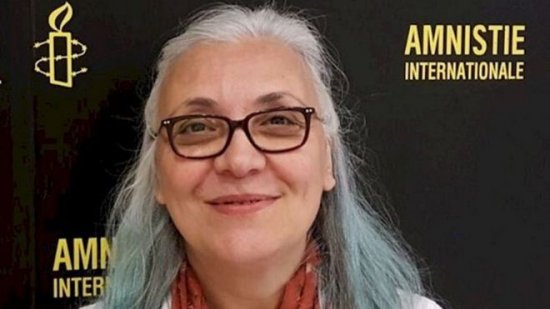 Two trainers – from Germany and Sweden – were also arrested in the raid on a digital security workshop run by Amnesty at a hotel in Buyukada.

The police raid was “blatantly without cause”, an Amnesty statement said.

The group’s whereabouts are unknown. Police have jailed more than 50,000 people since a coup plot a year ago.

“Idil Eser and those detained with her must be immediately and unconditionally released.”

Turkey remains under a state of emergency imposed by President Recep Tayyip Erdogan after rogue army officers tried to oust him in a coup on 15 July 2016.

Amnesty International’s Turkey chair, Taner Kilic, is also in police custody. He was arrested on 6 June with 22 other lawyers and charged with membership of a “terrorist” organisation. Amnesty called the charges “baseless”.

Trump in Warsaw speech: Western civilisation is at stake