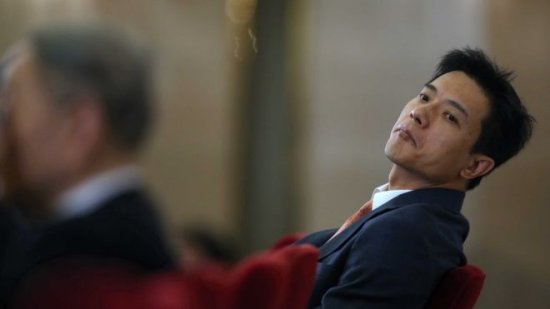 The head of Chinese online search giant Baidu is being investigated, after riding in one of the firm’s driverless cars on a Beijing ring-road.

Robin Li was in the passenger seat when he made a video call to an artificial-intelligence developers conference in the Chinese capital.

But while autonomous vehicles are tipped as the future of motoring, they are banned from China’s public roads.

Police began an investigation after the video went viral.

The footage shows another Baidu executive in the driver’s seat, but with his hands off the steering wheel.

Mr Li reportedly told his audience the vehicle was on autopilot and that the journey was smooth.

Baidu, which has not commented on the incident, is one of many firms developing prototypes of self-driving vehicles that will use mapping and artificial intelligence technology.

At the conference, Baidu announced that it had built an alliance with 50 partners to develop and promote self-driving cars.

Baidu said it hoped to have autonomous cars on China’s roads by 2019 – so long as the law allowed it – before expanding to other markets including the US.

Earlier this year Baidu also opened up its self-driving car codes to software developers via the ‘Apollo’ open-source platform in the hope it would spur innovation.

Two of its autonomous vehicles using Apollo version 1.0 were on display at the developers conference, the Wall Street Journal said.

Google parent company Alphabet, Ford and GM have also built and are among those testing self-driving cars.