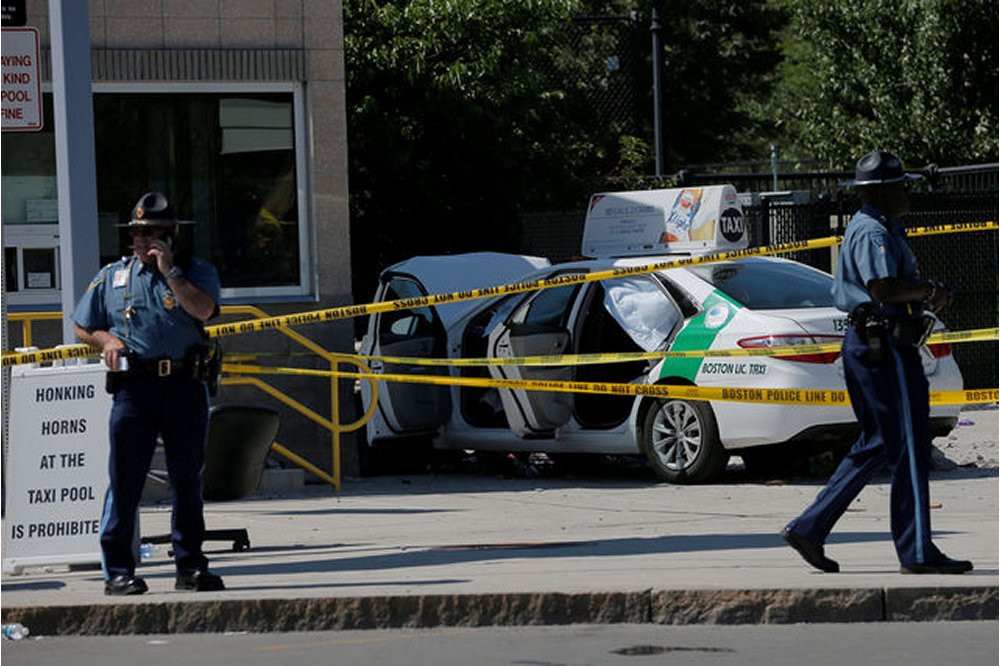 Ten people were injured when a taxicab plowed into a group of cab drivers waiting for fares near Logan International Airport on Monday afternoon, Massachusetts State Police said.

Two law enforcement sources told CNN the incident is being treated as an accident, not an act of terrorism. The driver told authorities at the scene he accidentally hit the gas instead of the brake, according to both sources.

There was a large law enforcement response to the 1:40 p.m. ET incident at Porter Street and Tomahawk Drive near the Logan International Airport taxi pool. The area is just west of the airport.

Speaking at a news conference, Massachusetts State Police Maj. Frank McGinn said, “One of the cab drivers in the pool had jumped the curb and struck some fellow cab drivers sitting … there waiting for their next fares.”

The driver was cooperating with authorities and was “known to be a very nice gentleman,” McGinn said.

McGinn said it appears all the injured people are fellow cab drivers. The most seriously injured person has broken legs and “maybe some internal chest injuries,” he said.

In a news release, the state police said the cab driver was a 56-year-old Cambridge man. His identity has not been released and the cause of the crash is under investigation, according to state police.

The driver was allowed to leave the state police barracks after his interview with authorities, officials said.