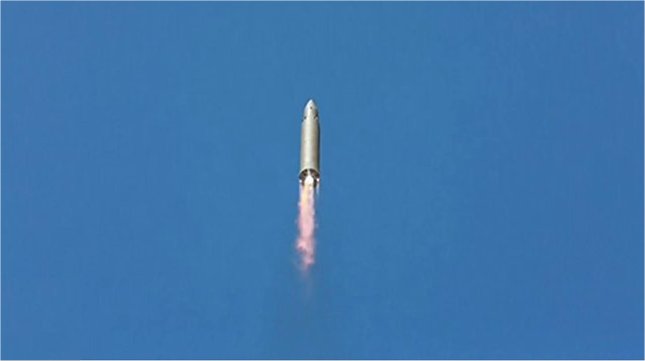 Russia and China have urged North Korea to “freeze” its missile and nuclear programmes after it claimed to have successfully tested its first intercontinental ballistic missile.

North Korea said its missile could hit anywhere in the world.

But while Pyongyang appears to have made progress, experts believe the device cannot accurately hit a target.

Despite the North Korean claim, both the US and Russia said the missile presented no threat to either country.

Calling the launch “unacceptable”, Russia and China, which share a land border with North Korea, also urged the US to not deploy the Thaad missile system – which aims to intercept attacks from Pyongyang – in South Korea.

Chinese President Xi Jinping was in Moscow, where he held talks with Russian President Vladimir Putin.

North Korea, it said, was now “a full-fledged nuclear power that has been possessed of the most powerful inter-continental ballistic rocket capable of hitting any part of the world”.

But experts also believe that Pyongyang does not have the capacity to miniaturise a nuclear warhead that can fit onto such a missile.

Once again North Korea has defied the odds and thumbed its nose at the world in a single missile launch. With the test of the Hwasong-14, it has shown that it can likely reach intercontinental ballistic missile ranges, including putting Alaska at risk.

Kim Jong-un has long expressed his desire for such a test, and to have it on the 4 July holiday in the US is just the icing on his very large cake.

Despite this technical achievement, however, it is likely many outside North Korea will continue to be sceptical. They will ask for proof of working guidance, re-entry vehicle, and even a nuclear warhead.

From a technical perspective, though, their engines have demonstrated ICBM ranges, and this would be the first of several paths North Korea has to an ICBM with even greater range.

We will use military force on North Korea if we must: US