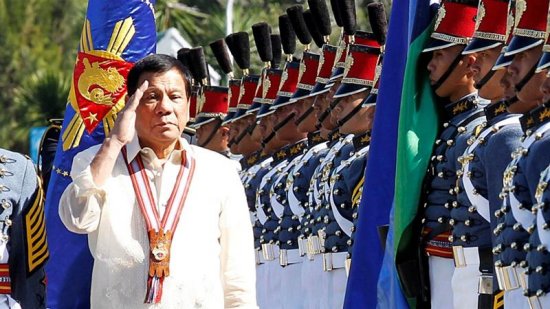 The Philippines Supreme Court has overwhelmingly upheld the enforcement of martial law in the southern region of Mindanao, which President Rodrigo Duterte said was necessary to quell the threat from ISIL.

Eleven justices of the 15-member high tribunal voted to dismiss petitions that challenged the martial law on Tuesday, according to Supreme Court spokesman Theodore Te.

Three justices voted to partially grant the petitions, which alleged that Duterte’s declaration had no factual basis, while one voted in favour of the petitions, Te said.

Duterte declared military rule over Mindanao on May 23 when hundreds of fighters linked to the the Islamic State of Iraq and the Levant (ISIL, also known as ISIS) group attacked Marawi city after government forces tried to arrest a local leader of the group.

The region is home to about 20 million people.

Ahead of the Supreme Court ruling, Duterte had threatened to jail critics of the martial law and insisted he would ignore the findings of the court, vowing only to listen to recommendations from the armed forces.

More than 460 people have been killed in the battle in Marawi, while more than 300,000 residents have been forced to flee their homes in the municipality and nearby towns.

Related Topics:MindanaoPhilippinesRodrigo Duterte
Up Next