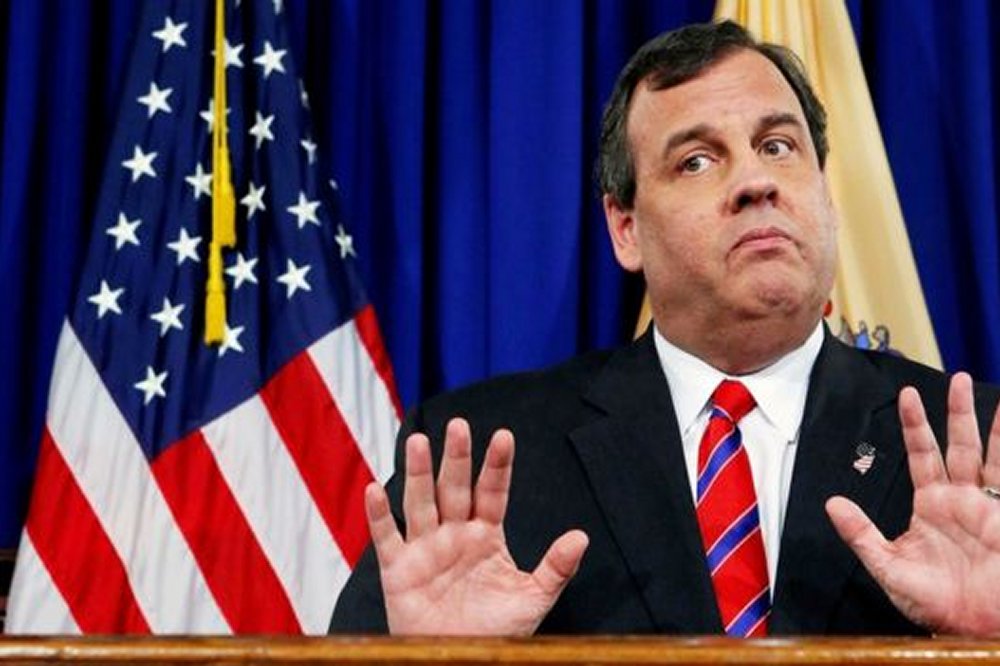 New Jersey Governor Chris Christie is facing heavy criticism after he was photographed relaxing on a state beach he had ordered closed to the public.

The Republican gave the go-ahead for non-essential services to be shut down – including the Island State Beach Park – over the 4 July holiday weekend because of a budget impasse.

“I didn’t get any sun today,” he said, before the aerial photos emerged.

The pictures show Mr Christie and his family on an otherwise empty beach.

Other visitors were turned away by police.

Mr Christie said his family was spending the weekend at the governor’s residence there and he was commuting to work by state helicopter.

“That’s just the way it goes. Run for governor, and you have can have a residence there,” he said at a news conference on Sunday.

After being told of the photographs, his spokesman Brian Murray admitted Mr Christie had “briefly” been on the beach “talking to his wife and family before heading into the office”.

“He did not get any sun. He had a baseball hat on,” Mr Murray added, NJ.com reported.

The partial government shutdown in New Jersey arose because state legislators had not passed a health insurance bill that Mr Christie said had to be passed alongside the state’s budget.

The shutdown included the closure of Island State Beach Park, one of New Jersey’s few free public beaches, and all other state parks.

Mr Christie had been trying to get the state’s largest health insurer, Horizon Cross Blue Shield, to hand over $300m (£230m), some of which Mr Christie wanted to use to battle drug addiction in the state, the New York Times reported.

New Jersey is one of at least nine states that were unable to meet their budget deadlines at the beginning of the month.