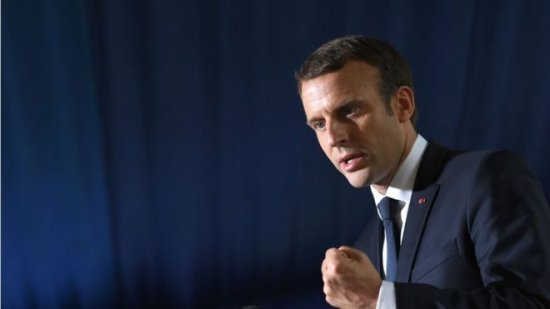 A suspected far-right extremist has been charged with plotting to kill French President Emmanuel Macron at the Bastille Day parade later this month.

The 23-year-old was arrested in a Paris suburb last Wednesday after police were alerted by users of a videogame chat room where he allegedly said he wanted to buy a gun.

He also said he wanted to attack minorities, a judicial source told AFP.

Mr Macron has been giving a state-of-the-nation-style address in Versailles.

He has been outlining his priorities in the speech, taking place during a special session of both houses of parliament at the Palace of Versailles.

However the French president is facing criticism over the address, with far-left leader Jean-Luc Mélénchon accusing him of behaving like a “pharoah”.

Investigators found three kitchen knives in the plot suspect’s vehicle and analysis of his computer revealed he had conducted internet searches on possible targets.

After his arrest, he told police he wanted to attack “Muslims, Jews, blacks, homosexuals”, AFP said.

He was jailed for three years with half the sentence suspended.

The Bastille Day parade on 14 July commemorates the start of the French Revolution and takes place on the Champs-Elysées avenue in Paris.

In 2002, then-President Jacques Chirac was the subject of a Bastille Day assassination attempt when a man with far-right links took out a rifle and fired a shot before being overpowered.

This year the Champs-Elysées has seen two attacks on police.