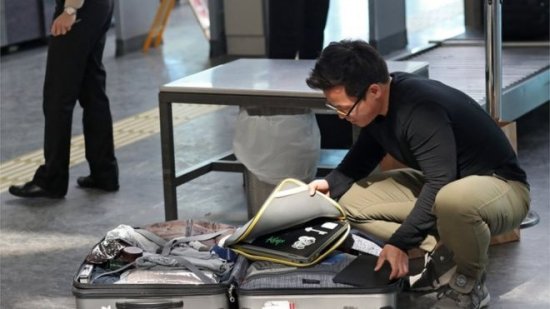 Passengers on Etihad flights from Abu Dhabi to the US will be able to use larger gadgets, such as laptops, during their journey.

Regulations requiring passengers to put laptops and other gadgets in baggage in the hold were introduced in March.

The airline said its plan to conduct “enhanced inspections” of passengers had convinced the US to lift its restrictions.

The airline runs 45 flights per week from Abu Dhabi to six US airports.

The US-imposed restrictions affected flights to and from 10 airports in eight majority-Muslim countries, and were prompted by fears that larger devices could be used to conceal bombs.

Smartphones and medical devices are exempt from the US-imposed ban.

The extra checks carried out at Abu Dhabi international airport effectively mean passengers go through US customs and border screening before they take off rather than after they touch down on American soil.

The extra screening and checking would make “minimal” difference to the time passengers spent going through security, a spokesman for Abu Dhabi airport told Reuters.

A spokesman for the US Department of Homeland Security (DHS) said it hoped other airlines and airports covered by the restrictions would follow suit.

The Dubai airports authority is believed to be working with the DHS to replicate the system set up in Abu Dhabi.

Late last month, the US demanded authorities in 105 other nations carry out more thorough checks on passengers and devices but stopped short of extending the laptop ban.