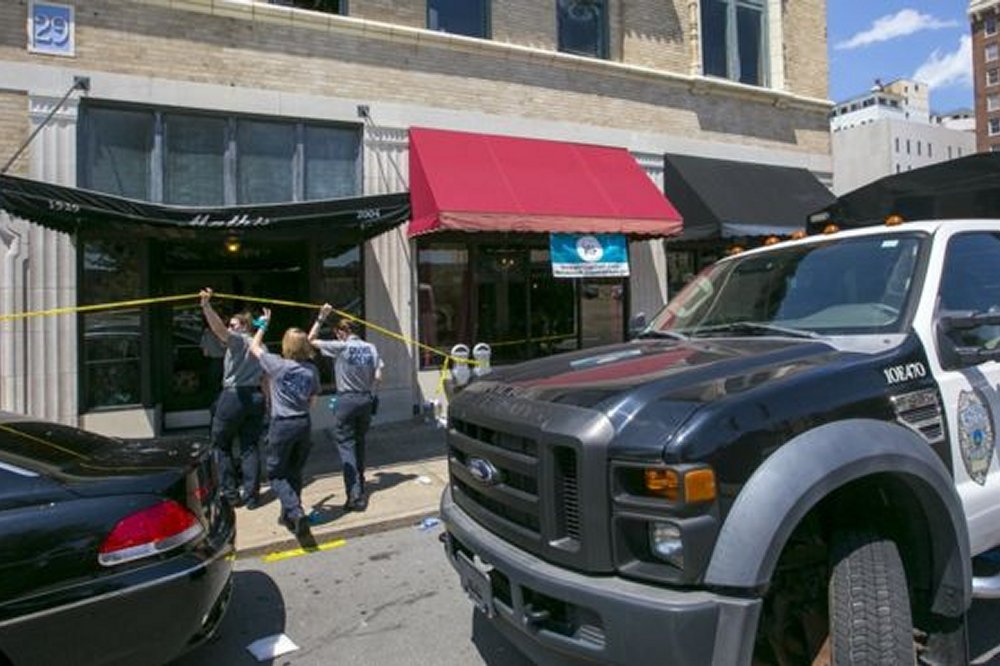 A rapper who was performing at the Arkansas nightclub where 25 people were shot has been arrested on unrelated charges, US police say.

Gunfire was exchanged during a concert at the Power Ultra Lounge nightclub in Little Rock early on Saturday.

Ricky Hampton, known by his stage name Finese 2 Tymes, was detained by police early on Sunday.

Little Rock Police tweeted that the arrest was on outstanding warrants and is unrelated to the shooting.

A total of 28 people were injured, including three in a stampede. The youngest victim was said to be 16.

Two people were in a serious condition, but officials said all were expected to survive.

The mayor of Little Rock, Mark Stodola, said the shooting was the result of a disagreement involving a number of patrons at the club, which quickly escalated because of “the presence of rivalries and weapons”.

“I want to reassure our public that this was not an act of terrorism, but a tragedy… It does not appear to be a planned shooting,” Mr Stodola told reporters.

Little Rock Police Chief Kenton Buckner said the authorities were investigating whether a longstanding rivalry between gangs was to blame for the shooting.

In a post on Facebook, Mr Hampton offered condolences to the injured who came to see him perform, saying “violence is not for the club.”

“We all come with one motive at the end of the day, and that’s to have fun. Not to be hurt,” he said.

The KATV network quoted Mr Hampton’s booking agent as saying the rapper had “nothing to do” with the shooting.

Promotional material for Mr Hampton’s concert was criticised by Mayor Stodola and others on social media for its image of the rapper holding an assault rifle pointed at the camera.

The city of Little Rock has suspended the Power Ultra Lounge’s licence, and officials say they plan to shut down the club permanently. The venue’s landlord has also posted an eviction notice at the site, reports said.

Arkansas governor Asa Hutchinson thanked the first responders to the scene – but also expressed concern about violence in the city.

“Little Rock’s crime problem appears to be intensifying. Every few days it seems a high-profile shooting dominates the news, culminating with this morning’s event,” he said.

He said a new strategy and extra resources were needed to “take the violent threats off the streets”.