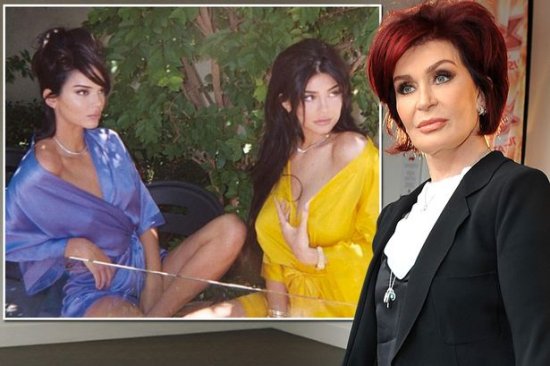 The controversy over Kendall and Kylie Jenner’s questionable new line of T-shirts is now going off the rails on a crazy train.

The Jenner sisters caused a stir recently by reportedly releasing $125 T-shirts with their faces and logos over notable musicians and groups such as 2Pac, Notorious B.I.G. and Ozzy Osbourne.

The pair have since issued an apology and pulled the shirts from stores, but not before talk show host and wife of Ozzy, Sharon Osbourne, had something to say about it.

“Girls, you haven’t earned the right to put your face with musical icons,” she wrote on Twitter. “Stick to what you know…lip gloss.”

Sharon was just one of many who were less than pleased with the designs.

Voletta Wallace, the mother of Biggie, aka Christopher Wallace, called it “disrespectful, disgusting, and exploitation at its worst.”

According to Rolling Stone, The Doors, who were also apparently featured on a shirt, issued a cease and desist letter saying Kendall and Kylie using their logo “harms the reputation of the Doors.”

And Paris Jackson, who is reportedly friends with Kendall, also didn’t hold back.

Like we said, Kendall and Kylie have since apologized, issuing a statement saying the designs were “not well thought out.”

“We deeply apologize to anyone that has been upset and/or offended, especially to the families of the artists,” it reads.

Instead of shirts, they might want to start a new line of moisturizer after all those burns.