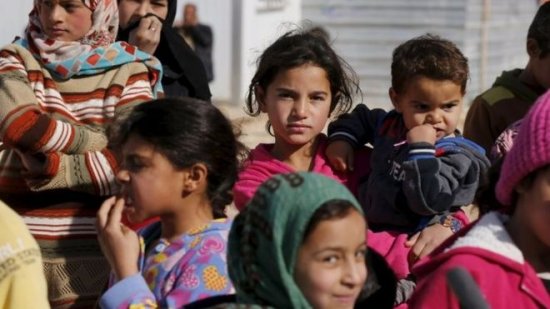 Almost 500,000 Syrians have returned to their homes this year, the UN says, describing this as a “notable trend”.

The UN refugee agency (UNHCR) says more than 440,000 internally displaced Syrians and about 31,000 of those who fled abroad have now come back.

Most of them have returned to Aleppo, Hama, Homs and Damascus with the aim of checking on their properties and finding out about family members.

But the UNHCR warns the conditions for a safe return “are not yet in place”.

Speaking on Friday, UNHCR spokesman Andrej Mahecic said his agency was now seeing a “notable trend of spontaneous returns to and within Syria” in 2017.

“Most of these people are returning to check on their properties, to find out about the family members. This is what we know from some of the evidence that we have gathered.

“In some cases they have their own perceptions about the security, whether they are real or perceived improvements in the security situation in the areas where they are going to.”

Since 2015, he said, about 260,000 refugees have already returned to Syria, primarily from Turkey.

Based on the latest figures, the UNHCR has started scaling up its operations inside Syria to better address the needs of those returning home, Mr Mahecic said.

But he warned that while there were increased hopes linked to the recent Astana and Geneva peace talks, the UNHCR “believes conditions for refugees to return in safety and dignity are not yet in place in Syria”.

Mr Mahecic also said that the number of those who had already come back was a “fraction” of an estimated five million refugees hosted in the region.

The agency said that since the conflict began in 2011, about 5.5 million people had left the country, and another 6.3 million had been left internally displaced.

More than 300,000 Syrians have lost their lives in the war, which began with anti-government protests.

Air strike on IS prison in Syria kills dozens