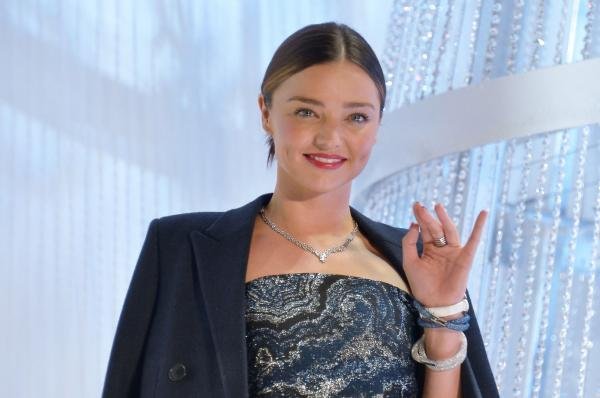 Australian model Miranda Kerr handed over $8.1 million worth of jewelry to the U.S. Justice Department after allegations the jewelry was purchased by Malaysian financier Jho Low with misappropriated funds.

Low has denied wrongdoing and is fighting the property seizures.

Kerr isn’t part of the financial scheme investigation. Rather, she’s one of many celebrity friends Low, a Hollywood jet-setter who finances movie productions, tends to shower with lavish gifts.

In addition to the million-dollar jewelry collection he gave to Kerr, Low also gave original Pablo Picasso and Jean-Michel Basquiat paintings to actor Leonardo DiCaprio, whose “Wolf of Wall Street” was financed by the Malaysian money-man. That was also confiscated by the DOJ.

In addition the jewels and the Picasso,items confiscated from Low an original poster for the 1927 movie “Metropolis,” an original photograph from famed photographer Dana Arbus, the rights tot he movies “Dumb and Dumber To” and “Daddy’s Home,” millions of stock shares, a yacht, and a New York City condo, according to court documents.