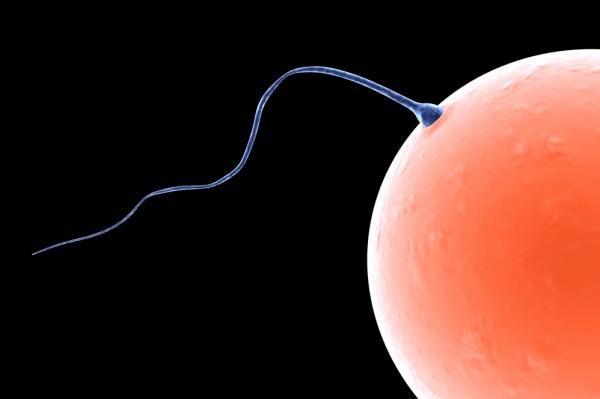 Researchers from the Gladstone Institutes, the University of California, San Francisco and Ulm University in Germany discovered these protein fragments, known as amyloid fibrils, can help dispose of damaged or excessive sperm.

“Amyloid fibrils are normally only found in diseases caused by protein misfolding, such as Alzheimer’s or Parkinson’s disease, so the natural presence of multiple amyloids in the semen of healthy men was completely unexpected,” Dr. Warner C. Greene, director of the Gladstone Institute of Virology and Immunology, said in a press release. “While these semen amyloids can promote infection by HIV and other sexually transmitted viruses, we speculated they must have a different natural function.”

The study, published June 27 in eLife, found that semen amyloids work to rapidly remove excessive, unnecessary sperm and sperm fragments that can cause an unfavorable immune response against foreign male proteins.

“In addition, this process could form a quality-control mechanism to ensure that only the fittest sperm reach the site of fertilization, thus favorably contributing to reproduction,” said Nadia R. Roan, Gladstone Visiting Investigator. “Our results support the increasingly accepted notion that amyloids may not always be harmful and markers of disease, but, instead, may carry out important functions in the human body.”