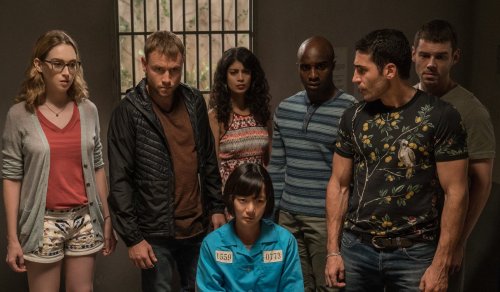 Netflix has explained its decision to cancel Sense8, and their words probably won’t soothe your aching heart.

The streaming service made the bold decision to cancel the sci-fi drama after two seasons last week, and recently confirmed they’re standing by the move even in the wake of furious online petitions.

Netflix boss Ted Sarandos has now revealed the reason behind the cancellation, citing a ‘not large enough’ audience to substantiate the show’s cost.

Speaking at the Producers Guild Of America’s Produced By conference (via Hollywood Reporter), Sarandos said: ‘They did a beautiful show.

‘The audience was very passionate, but not large enough to support the economics of something that big, even on our platform.’

If you’re unfamiliar, Sense8 follows eight people around the globe who are linked telepathically and go searching for answers behind their connection.

The show is seemingly part of Netflix’s plan to dial back on its original programming, with The Get Down also suffering the same fate after just one season.

Netflix however released a statement in the wake of Sense8’s cancellation, which read: ‘To our Sense8 family. We’ve seen the petitions. We’ve read the messages.

‘We know you want to #RenewSense8, and we wish we could #BringBackSense8 for you.

‘The reason we’ve taken so long to get  back to you is because we’ve thought long and hard here at Netflix to try to make it work, but unfortunately we can’t.

‘Thank you for watching and hope you’ll stay close with your cluster around the world. #SensatesForever.’