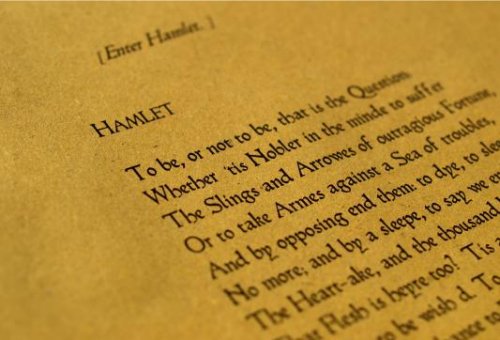 A teacher at a London school is facing criticism for telling his group of teenage students to write their own suicide notes as part of a Shakespeare lesson.

“On what universe was it ever a good idea to ask a group of teenagers to write suicide notes?” said a mother of one of the students at Thomas Tallis secondary school.

The lesson was intended to give students insight into the character of Lady Macbeth, who takes her own life in the Shakespeare’s tragedy. But parents were outraged and said the assignment was emotionally distressing for their children.

“My daughter had had personal experience with people her age committing suicide,” a mother said. “On what universe was it ever, under any situation, a good idea to ask a group of teenagers to write suicide notes?

She added: “My daughter is very outspoken but there are other kids not as vocal who might be suffering from depression. I support them [Thomas Tallis school] addressing suicide but it should be in a supportive environment.”

The school’s headteacher, Carolyn Roberts, assured parents that the issue was addressed and similar events would not happen again.

“We appreciate that the exercise was upsetting to the family and have discussed the subject matter and approach with teaching staff,” Roberts said. “I met with the parent last week and apologized wholeheartedly on behalf of the school.”

But at least one parent had a stricter suggestion.

“It’s fine for children to learn Shakespeare, but it is certainly not fine to get them to write suicide notes. Whoever came up with this needs to go back to teacher training college,” she said.