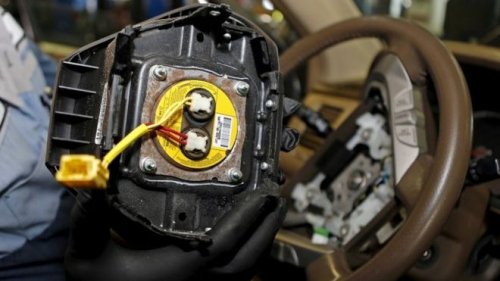 Japanese car parts maker Takata has filed for bankruptcy protection in the US and Japan.

It is facing billions of dollars in liabilities over its defective airbags, which have been linked to at least 17 deaths worldwide.

Some of the airbags contained faulty inflators which expanded with too much force, spraying metal shrapnel.

US-based Key Safety Systems (KSS) has bought all of Takata’s assets, apart from those relating to the airbags.

The $1.6bn (£1.3bn) deal was announced after the Japanese firm filed for chapter 11 bankruptcy protection in the US, with similar action taken in Japan.

“Although Takata has been impacted by the global airbag recall, the underlying strength of its skilled employee base, geographic reach, and exceptional steering wheels, seat belts and other safety products have not diminished,” said KSS chief executive Jason Luo.

More than 100 million cars with Takata airbags, including around 70 million vehicles in the US, have been recalled since concerns first emerged in 2007. It is the biggest safety recall in automotive history.

In January, Takata agreed to pay $1bn (£784m) in penalties in the US for concealing dangerous defects, and pleaded guilty to a single criminal charge.

But it is facing further legal action in the US and liabilities of 1 trillion yen ($9bn) – including to 10 carmakers who used its airbags.

Three of them – Honda, Nissan and Toyota – who have been paying recall costs until now, told the BBC that while they would continue negotiating, they were not hopeful of getting the money back.

Trading in Takata shares has been suspended on the Tokyo Stock Exchange, and the firm will be delisted late next month.

Small businesses that may be affected by Takata’s bankruptcy will get support including loan guarantees says Japanese trade minister Hiroshige Seko.