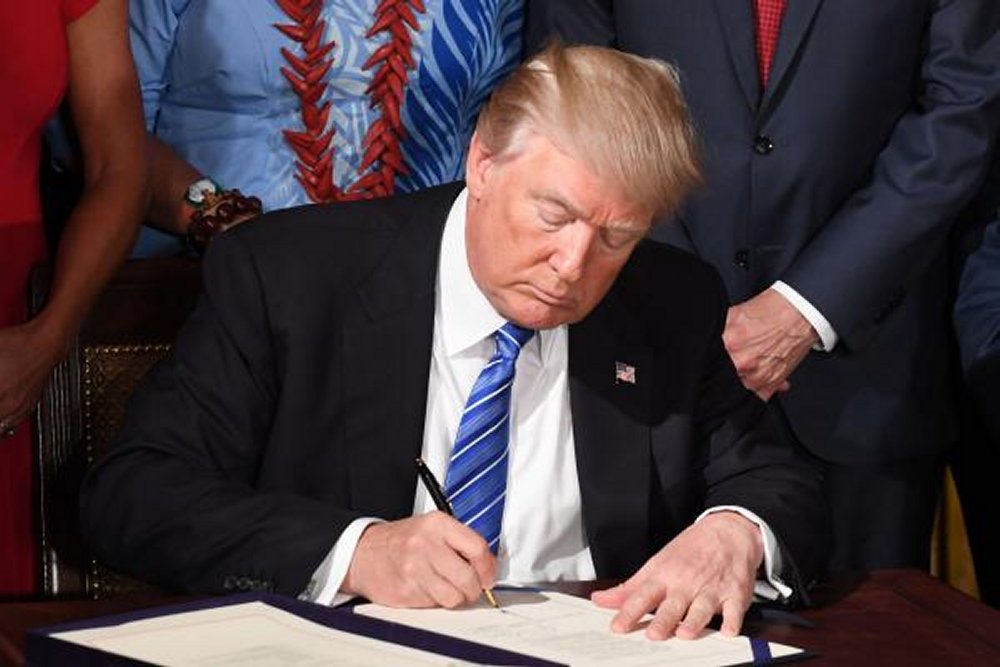 Donald Trump on Friday signed a new law to make it easier for the Department of Veterans Affairs to fire disruptive employees and protect whistleblowers.

The president signed the Accountability and Whistleblower Protection Act in a ceremony at the White House.

“In just a short time, we’ve already achieved transformative change at the VA — and believe me, we’re just getting started,” Trump said.

“One of my greatest honors and joys during the presidential campaign was the time I spent going all across the country with our nation’s really and truly incredible veterans,” he added. “In their courage, their dignity, and their selfless sacrifice, they represent the very best of us. Our veterans have fulfilled their duty to this nation — and now we must fulfill our duty to them.”

Friday’s law passed through Congress in recent weeks and is the result of an executive order Trump issued in April, which created a federal office to address accountability and whistleblower protection.

“I just want to say two very simple words: Thank you,” Trump said to U.S. veterans. “You are the warriors and heroes who have won our freedom — and we will never forget what you have done for all of us — ever.”

Trump has promised VA reform and greater care for U.S. veterans since the early days of his campaign, which followed a scandal in 2014 and changes at the department due to long wait times at some VA locations that prevented retired servicemembers from getting necessary care.

The scandal was exposed by whistleblowers inside the department.

“For many years the government failed to keep its promises to our veterans. We all remember the nightmare that veterans suffered during the VA scandals that were exposed a few years ago. Veterans were put on secret wait lists, given the wrong medication, given the bad treatments and ignored in moments of crisis for them. Many veterans died waiting for a simple doctor’s appointments. What happened was a national disgrace,” Trump said Friday.

“And yet, some of the employees involved in these scandals remained on the payrolls. Outdated laws kept the government from holding those who failed our veterans accountable. Today, we are finally changing those laws … to make sure that the scandal of what we suffered so recently never, ever happens again.”

The bill was crafted by several lawmakers, including Sen. Marco Rubio, R-Fla.

“It’s common sense — we need to hold our employees accountable for their actions if they violate the public trust, and at the same time protect whistleblowers from retaliation,” Veterans Affairs Secretary David Shulkin said in a statement. “This legislation will help us do just that.”