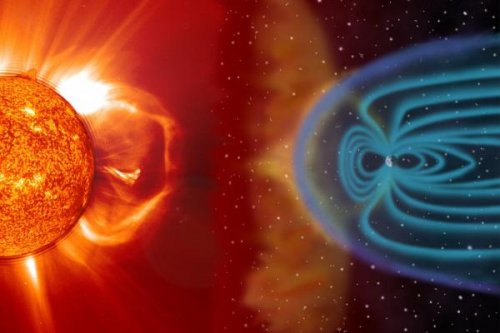 New analysis of plasma clouds ejected by the sun suggest solar eruptions behave like a sneeze.

Until now, astronomers looked at cloud-like structures of coronal mass ejections as single entities. The latest research — detailed in the journal Scientific Reports — suggest CMEs are more like a sneeze or dust cloud, a collection of millions of individual plasma parcels, each acting independently.

“This means that trying to predict the shape and movement of CMEs as they pass through the solar wind becomes extremely difficult,” Mathew Owens, a professor of astrophysics at Reading University in England, said in a news release. “Therefore, if we want to protect ourselves from solar eruptions, we need to understand more about the solar wind.”

Owens and his colleagues say their study is the first to take a detailed look at how solar winds and other external factors influence the behavior of CMEs.

By analyzing the kinetics of a cross-section of a CME, researchers showed that eruption clouds quickly reach a threshold past which they cease to behave in a holistic manner. Past this threshold, plasma parcels inside the cloud expand quicker than information can disperse through it. Thus, the CME stops reacting to external forces as a coherent structure.

In light of the new research, scientists say CME models need to be reformulated.

CMEs can damage satellites, communication systems and electronics, as well as put people in airplanes and high altitudes at risk of radiation exposure. Predicting the trajectory of CMEs is essential to preventing and preparing for their harmful effects.