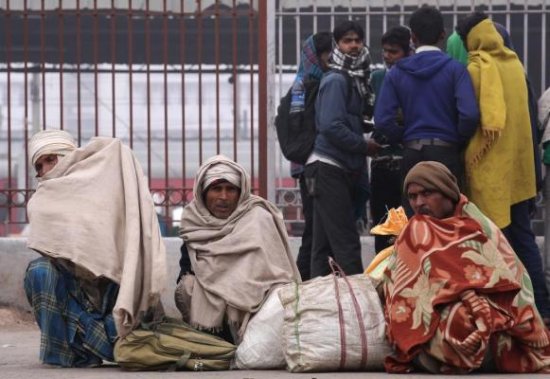 An Indian state has sparked outrage for making people living under the poverty line put signs on their house that say, “I’m Poor” in order to receive food assistance from the government.

The ruling right wing Bharatija Janata Party in Rajsasthan, located in the northwest part of India along the border of Pakistan, says the program is designed to dole out food assistance quicker and more effectively. But critics say it unnecessarily shames people in need of food.

As many as 150,000 households will have to put the signs up in order to receive 10 kilograms of wheat.

According to Asian News International, the full quote on the signs say, “I am poor, receive ration from National Food Security Act.”

“It’s a sick joke,” Congress spokesperson Manish Tewari told the Hindustani Times. “If the state government provides them ration under the Food Security Act, it’s their legal right and not a charity from the government,”

Santra Devi, a local resident, said it felt shameful to be forced to put the sign on one’s home.

“We have to suffer this humiliation for 10 kg of wheat,” Devi said. “It has become difficult to hold our head high.”

“BJP Govt in Rajasthan, can it stoop any lower?” tweeted Saravanan Annadurai, the spokesperson for the Dravida Munnetra Kazhagam party, adding that it is “shameful” to ask people to put the sign on their home.