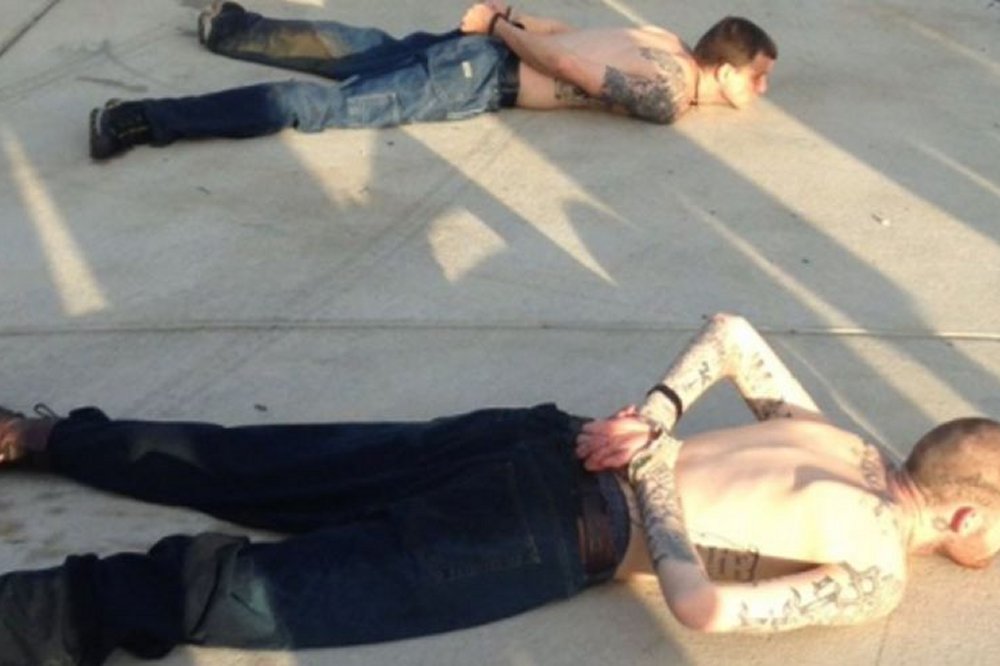 A Tennessee homeowner held two escaped inmates wanted in the killing of two prison guards at gunpoint Thursday until authorities arrived and made the arrests.

Miller says the escaped Georgia inmates had crashed a car while being chased by law enforcement and fled on foot into woods along Interstate 24 near the rural community of Christiana.

Miller says something alerted the homeowner that people were outside his home and he saw the men trying to steal his vehicle. The trooper says the homeowner held the two at gunpoint with a neighbor he called until the Rutherford County Sheriff’s Department could get there to arrest them.

Rowe and Dubose are accused of killing two guards on a prison transfer bus early Tuesday. Authorities had offered a $130,000 reward for information leading to their arrests.

Authorities say Rowe and Dubose overpowered and killed Sgt. Christopher Monica and Sgt. Curtis Billue early Tuesday on a bus that should have been secured as it carried 33 inmates between prisons southeast of Atlanta.

Authorities had offered a $130,000 reward for information leading to the arrest of the fugitives, whom Sills had called “dangerous beyond description.”

The search had involved law enforcement officers all over Georgia, as well as the FBI, the U.S. Marshals Service, and the U.S. Bureau of Alcohol, Tobacco, Firearms and Explosives.

Gov. Nathan Deal released a statement, “Rest assured, justice will be served. My sincere thanks to our local, state and federal law enforcement officers who assisted in the manhunt. Because of their tireless efforts, the public is safe.”

Trump says he is under investigation in Russia inquiry

At least 2 dead in shooting at UPS building in SF